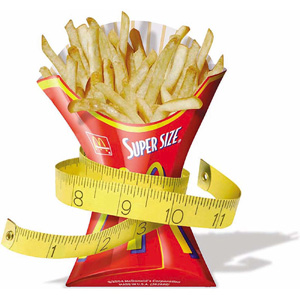 There’s been a small media frenzy surrounding the issue not of the obesity rate in South Los Angeles, but what’s being done about it by the Los Angeles City Council; frankly, the City Council’s gotten itself into a slight hole, in which the residents with which it’s concerned aren’t quite siding with its positioning, and its goals appear somewhat unreasonable given the action it’s taken in the last two years.

“South Los Angeles” being the 32-square mile space encompassing South Los Angeles (proper), southeast Los Angeles, Baldwin Hills – essentially, the region south of I-10, east of La Brea Avenue, and north of I-105, loosely – the debate began in 2007 when Councilwoman Jan Perry fought to see a ban on the building of new fast-food sources in an effort to curb obesity rates, which are higher than those in the whole of Los Angeles County (25.5 percent, compared to 18.4 percent, according to RAND statistics from 2005/06).

About the supposed abundance of fast food in South L.A., Perry told the Los Angeles Times in September 2007: “The people don’t want them, but when they don’t have any other options, they may gravitate to what's there.”

The real concern being, of course, that residents of South Los Angeles were obese because fast-food outlets were their only real access to food, given their prominence in contrast with the dearth of supermarkets and produce markets in the area, which would have provided these otherwise willing residents with the healthy options they needed to keep the obesity rates down. This proposed ban was intended as a temporary solution for two years, while the city determined a long-term method of preventing obesity in the region.

By July 2008, the Los Angeles City Council had turned a unanimous vote (sans three absences) into a one-year ban on fast food, intended to affect more than half a million residents of said 32-square mile area, who allegedly had access to over 400 fast-food outlets (Reuters). What’s changing the minds of the City Council? A study published Oct. 6 of this year by the RAND Corporation, led by Roland Sturm and Deborah A. Cohen (Zoning For Health? The Year-Old Ban On New Fast-Food Restaurants In South LA), determined that South Los Angeles actually has a lower concentration of fast-food outlets than other parts of Los Angeles: 19 per 100,000 residents, compared to 30 per 100,000 residents of L.A. County.

The study also included a survey of 1,480 adults, which concluded that while South Los Angeles does not have a lower proportion of residents consuming the recommended quantity of fruits and vegetables than wealthier L.A. County residents, they do consume significantly more discretionary calories from cookies and candy, and determined that a focus would be better aimed not at fast food but at the convenience or liquor stores which supply snack foods more readily in reach.

According to the L.A. Times, the City Council is now proposing the “Southeast Los Angeles Community Plan, [which] would prohibit such small neighborhood markets from being closer than one-half mile from one another unless they sold fresh fruit and vegetables.” Adopting the New York method would be a fantastic idea in theory; however, New York is both densely populated and saddled with markets, while South Los Angeles – this particular 32-square mile spread speaking for itself – needs not only more markets selling healthy options, but more markets, period.

The City Council is somewhat missing the point of RAND’s conclusion, which was that a ban on even the convenience stores supplying such harmful foods would be a harsh punishment to residents who, for lack of transportation in many cases, relied on these convenience stores for close proximity to food. The study found that, in 2005/06, 94 percent of L.A. residents use private cars to go grocery shopping, as opposed to 74 percent in South Los Angeles; only 1.1 percent use public transportation in L.A. County, compared with 11.4 percent of South L.A. residents. Understandable, given that, as RAND asserts, the median annual household income here is $24,000.

Is a study on this topic not a huge waste of research funding? A mere drive through South L.A. – through Compton, Gardena, Crenshaw, Watts – is telling. The further north you travel, the more condensed the business districts appear to become, making food more accessible. Head 100, even 150 blocks south – on Crenshaw, on Vermont, on Central – and the proverbial cupboards become increasingly bare. Not only are there few, or, in a good portion of the region, no, supermarkets or produce markets, but it simply becomes hard to find food.

There's clearly little money being put into business here, and heading farther south means heading into a space primarily residential, with little more than an occasional corner market or Louisiana Fried Chicken branch. Without a car, and very limited options in walking distance, where else is there to go for food but those convenience stores? Drive down Century Boulevard for a stretch of 100 blocks, and try to find a source of fresh vegetables. It’s near impossible.

The real need is not to tell these residents that they will be spared a few inches around the waist by the new branch of Jack in the Box that won’t be built next year, but for the city to have confidence that grocery stores will in fact be used, and that much of the city would benefit – not only with regard to health, but economically – if only South Los Angeles were trusted to host new businesses, however small.

This is not necessarily to make an enemy of markets like Trader Joe’s, which won’t touch any area south of Pico, or champion the ever-growing Fresh & Easy, which has recently put up a branch in Compton, but a call to action, first, for businesses to trust that they would in fact serve purpose, and perhaps more strongly, for our political leaders to recognize that the problem lies not in their residents’ decision-making, but in how funding enables them to make decisions, or fails to allow them the choice.