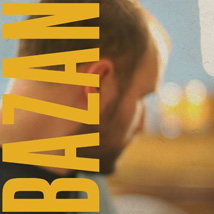 David Bazan – once devout Christian vocalist of Pedro and the Lion, now doubting agnostic solo artist – takes on the fundamentalists that hijacked his religion with his edgy new release Curse Your Branches. Raised in an Evangelical household, Bazan was once a Cornerstone Festival darling, although his lyrics — clever, forever pushing the envelope — were always considered somewhat controversial.

Curse Your Branches finds Bazan conversing pointedly and even bitterly with a god whose very existence he has come to question. The thing is, many of us were raised Christian, and I’m sure that whether we held onto that faith or not, Bazan speaks to many of the feelings that are all too common and rarely spoken aloud.

Stand out tracks “Hard to Be” and “In Stitches” bookend a jaded and thought-provoking selection of folk-tinged indie pop tunes that may alienate much of his Pedro The Lion following, but will undoubtedly bring legions of other disenfranchised souls to appreciate his extraordinary talent.


Curse Your Branches is currently available.
Article posted on 10/22/2009
This article has been viewed 1471 times.