Ben Frost: By the Throat 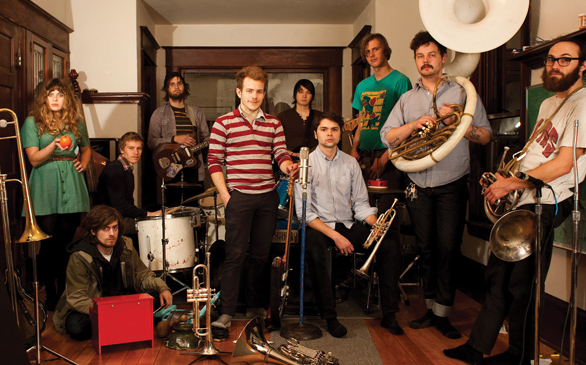 From the moment I hit play, I half expected to see a lion-flanked Leatherface from The Texas Chainsaw Massacre behind me, revving his chainsaw and anticipating my every move as his lion friends snarled at me. Icelandic-based Aussie Frost is widely recognized for his experimental music, and I must say it’s unlike anything I’ve heard. Call me sheltered or uncultured, but it’s amazing, the kind of talent people possess.

Frost’s 2007 release, Theory of Machines, was hailed as “simply awesome – this is Arvo Pärt as arranged by Trent Reznor” by Wire Magazine. Fast-forward three years, and Frost returns with his second full-length, By the Throat.

It isn’t the typical catchy music that’s continuously being repeated on radio stations today. Frost has his own interpretation of music that includes snarls and groans from wolves and lions, the unmistakable clicks of killer whales on the hunt and a human gasping for breath. His music is very experimental, to say the least, and I constantly became surprised on how his sounds played into every human emotion.

If his goal was to leave the listener feeling simultaneously euphoric, relaxed and scared – mission accomplished.

By the Throat is currently available.