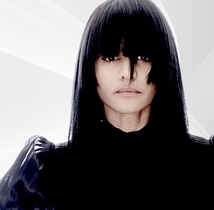 Fans of the long-running CW comedy “Girlfriends” can rejoice! Persia White – otherwise known as the flaky but lovable Lynn Searcy – has finally dropped her debut album, Mecca, on adoring ears. These 12 tracks are a moody and breathy look into an old soul. Each is beautifully produced and showcases an artist who is seductive and has a lot of angst.

White’s release is the next generation of acts like LAMB and Tricky (who guest starred on “Girlfriends” and collaborated on Mecca) but with a deconstructed approach. Songs such as “3 a.m.” and “Receive” (featuring poet extraordinaire Saul Williams) are crazy cool and just the kind of thing to kick off any beach bonfire or steamy make-out session.

But what is most exciting about this effort is that it’s the promise of great things to come from an inventive artist who has a lot to say and has found a sophisticated and chic way to say it.