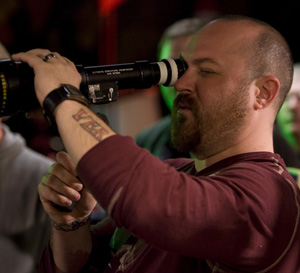 OK, so let’s list the Top Five mafia movies of all time (and for the sake of argument, let’s lump the good parts of The Godfather trilogy into one movie). In no particular order, mine would have to be The Godfather, Casino, Goodfellas, The Departed and 1999’s The Boondock Saints. Sure, this last one was only sort of about the mafia (and mostly the Russian one at that), but it was still a spectacular piece of dark, action-packed violence with just a hint of sort-of-inappropriate, but totally necessary humor mixed in for good taste.

If you missed the film in theaters, there’s good reason. Because of a series of massive, convoluted issues related to the film’s financing and casting, the original The Boondock Saints was only released in two cities and played for seven days.

Born out of director/writer Troy Duffy’s firsthand experience with the consequences of poverty and crime, the film’s then-shocking portrayal of violence (What? Hostel and Saw weren’t made yet!) drew comparisons to Tarantino’s Reservoir Dogs and whisperings from those who took a chance in the theater ensured that when it finally made it to home video, The Boondock Saints had become an underground hit.

And now, to my and many fans of this cult phenomenon’s delight, Duffy has finally (Finally!) managed to secure a major theatrical release for the film’s sequel, The Boondock Saints II: All Saints Day. But it certainly wasn’t easy.

Plans for All Saints Day had been in the works since 2002, but considering the problems Duffy ran into with the first movie, perhaps a quick and painless road to a sequel was just too much to ask for. Once again, although Duffy had most of the original cast interested and attached from the beginning, financial and legal difficulties made actual filming impossible.

“I’m not the type of person to fold with the wash,” says Duffy. “I’ve been going out there for the past 10 years just making more and more fans. The film became a virtual financial juggernaut, so I knew we were going to make it, it was just a matter of time.”

And in a lot of ways, it was really the fans that made the film. Much like the fabled “Arrested Development” movie, the rollercoaster of news of the film’s production was updated frequently and watched religiously by hardcore fans.

In fact, Duffy says, “They’re the reason this film got made. I mean, there’s a pretty simple equation in Hollywood, something that makes money, they want to do that. And financially speaking, Boondock Saints was made very successful by the fans. They kept buying it and spreading the word and it got to the point where it would be financially irresponsible for the powers that be not to make this film.”

Luckily for all involved, when the film made it into production, most of its original cast was still interested and available for last October’s two-month shoot. In All Saints Day, the MacManus men (Sean Patrick Flanery, Norman Reedus and Billy Connolly) are hiding out in Ireland, but are called back to Boston when a hitman kills an Irish Catholic priest using the Saints’ signature style. The MacManus brothers return to the city and team up with the passionate, scrappy Romeo (Clifton Collins Jr.), who has ties to the Latino mob, to clear their reputation and take out whoever dared to sully it in the first place. Along the way, they must try to dodge FBI Special Agent Eunice Bloom (Julie Benz of “Dexter” fame) and try to stay one step ahead of the ghost from their father’s past.

The Boston detectives that pursued the brothers in the first film also return to reprise their roles, as does David Della Rocco.

“It was just a phone call,” says Duffy of reuniting the cast. “People ask me how I got them back, but the truth was they never really left.”

Because so much of the cast was original members, the set was very relaxed.

This relationship between the cast really came out on screen, too. Instead of the dark, brooding tone of the first film, All Saints Day is almost lighthearted, with much bolder, brasher, more frequent humor.

“I feel like I’ve got a million pounds off my shoulders,” says Duffy after having been to a few of the film’s advanced screenings. “I’ve seen the fans’ responses and they have been everything I’ve hoped for and more.”

And that’s not all that’s returning in All Saints Day. Part of what made the first film great was the fight scenes, and Duffy has undoubtedly surpassed its legacy in spectacle. All Saints Day displays an amazing array of tight gun fighting and seamless cinematography to craft scenes that are exciting in a very visceral way.

“I took everything that Boondocks was and tried to push the bounds and push it that one step further,” says Duffy. “You know, bigger gun fights, bigger stunts, more humor. More of everything we liked from the first movie. We took every aspect and pushed it further. So all the stunt work and the gun work and the body count and the guns … I mean, everything’s just bigger, badder, better.”

If you haven’t seen the first film, you probably should, just for the sheer enjoyment of it. Duffy says, “ I cut it together to sort of protect the newbies, you didn’t necessarily have to see [the first one] to understand Boondock II. We found that we were successful in that.”

So rest assured, loyal fans and curious newbies, The Boondock Saints II: All Saints Day is sure to take you for a wild ride.

Interviews
Lily James and Sebastian Stan find a real relationship at the heart of 'Pam & Tommy'
148 views
Interviews
Ricky Gervais knew people would be mad about his new Netflix special. He did it anyway
767 views

Interviews
The star of Oscar-nominated 'Flee' gives his first interview: 'I wanted my story to be seen'
1,147 views

Interviews
'Crazy Rich Asians' made Henry Golding a star. Now he's showing Hollywood everything he can do
837 views