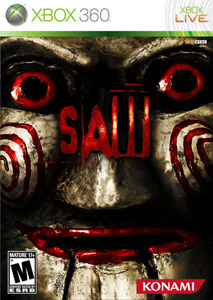 As Scream and other self-aware modern horror films have mentioned, there are rules to surviving a horror film. For gamers, there are also rules on surviving video games based on films. The top of this list is that the better the movie is, the more soul-crushingly horrible the game will be.

Granted, there are reasons for this. Most often, the game developers hope that familiar characters and voice acting will be enough to cover the license, allowing them to just haphazardly force elements from the movie onto a half-developed game. Thus, Charlie and the Chocolate Factory becomes an uninspired platformer where you jump and throw gumballs.

Fortunately, some game companies actually attempt to capture the soul of the film and use that as their starting point. This October saw the release of two movie franchise-inspired games that did just that, but they both shared two major flaws. The first of which is that they went a bit far with the experience, and the second is that they don’t seem to have had any advertising.

Considering the nonstop flood of Saw VI commercials, it is amazing that the “Saw” video game was released with nary a blood curdling scream. This is strange considering that the game was obviously made by people who genuinely loved and got the gory holiday tradition.

The game picks up after the first movie with the player taking control of Detective David Tapp. Jigsaw has given the detective the challenge to hunt him down on Jigsaw’s terms, meaning that you will get to experience a wide variety of familiar death traps in pursuit of the psycho.

“Saw” does a great job of turning these fatal games into virtual life-or-death struggles, but sometimes it struggles to explain why things are going on. The idea that Jigsaw has sealed a key to the other asylum inmates’ freedom inside of the detective is a nice touch, but sometimes it feels like the random tripwires and the repeated times the pig-masked man knocks you unconscious to place you in a new trap is just a device to lengthen the game. It also feels like Jigsaw’s game is too likely to kill the player without teaching a lesson or offering a chance at redemption.

That said, it is a nice, gory romp through Jigsaw’s world. You get quite a bit of back-story on the franchise, the asylum and Jigsaw himself. Plus, you get a chance to fulfill the famous quote: “Live or die – Make your choice” by getting one of multiple endings.

On the other end of the horror world is the Japanese movie franchise Ju-on. This series, simply called “The Grudge” in America, featured a curse created when a person develops a grudge when they die due to intense violence. This manifests in the form of the longhaired Kayako and her mewling son, Toshio, haunting and ultimately killing anyone who enters their house.

In the interactive version of the franchise, “JU-ON: The Grudge – Haunted House Simulator,” you take control of various members of a cursed family as they wander through the darkness with just a flashlight for protection. As the title implies, this is not so much a game as an experience with game elements. Exploring is slow and nerve-wracking, made more intense by occasional quick-time events and tons of visual and audible scares.

The game does a great job of capturing the more subtle form of Japanese horror, but it doesn’t offer much of anything by way of introduction. The player is never truly introduced to the characters or how they got the curse. If you haven’t seen the movies, many aspects will not make sense and the ending will seem completely random.

Perhaps the strangest element of this title, however, is that it judges you on how big of a chicken you are. The results screen comments on your composure while playing, often telling you how big a coward you are.

This is enhanced by the odd addition of Panic Mode where a second player can mess with you by pressing buttons on a second controller. All of this adds up to a unique horror title, but don’t expect any explanation or mercy from Kayako.