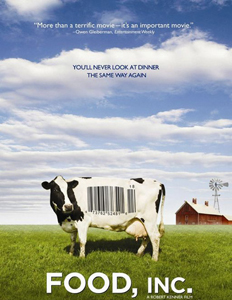 Funny Business: Will Ferrell revives his most famous character, George W. Bush, in You’re Welcome, America: A Final Night with George W. Bush. Originally conceived as a one-man show for Broadway during W’s final days as president, You’re Welcome now comes to DVD via HBO. Ferrell’s take on Bush as a thickheaded daddy’s boy bluffing his way through a presidency he didn’t want came to define W in a way that very few satires actually do.

With the success of the Apatow gang and such films as Superbad, Nerdsploitation is riding high. I Love You, Beth Cooper, from the novel by “The Simpsons” writer Larry Doyle, seeks to cash in, but comes up short. Hayden Panettiere (“Heroes”) is the titular blonde and object of nerd worship. When a high school’s valedictorian declares his love for her during his graduation speech he is surprised to find her actually show up on his doorstep. Purveyor of feel-good fare Chris Columbus directs.

Also available: Who is KK Downey?

The Collector: Two Hollywood legends, the Tough Guy, Clint Eastwood, and the Nice Guy, Jack Lemmon, arrive in attractively priced box sets for the holiday season. The MGM Star Collections are four-disc sets. Eastwood’s includes the Man With No Name trilogy (A Fistful of Dollars, For a Few Dollars More, The Good, the Bad and the Ugly), plus Hang ’Em High, his American western debut. Lemmon’s set highlights three of his classic comedy collaborations with Billy Wilder (Some Like It Hot, Avanti! and The Apartment), plus a middling ’60s comedy How to Murder Your Wife.

Turner Classic Movies releases four new collections in its Greatest Classic Films series: Family, Holiday, Comedy and Hitchcock Thrillers. Each affordably priced collection contains four films. Some of these classics include: National Velvet, The Shop Around the Corner, A Night at the Opera and Strangers on a Train. They’re a great way to build a film library.

Made in Japan: Blassreiter: The Complete Series, Part 1: A plague sweeps across Germany giving birth to Demoniacs, people who have melded with technology. As these mutants lash out, only one man, who has fused with his motorcycle, can stop them. But at what cost to his soul?

In “Claymore” (The Complete Series now available) monsters known as Yoma stalk the land feeding off humanity. Only the Claymore, sword-wielding human-Yoma hybrids can stand up to them. This is the tale of one such Claymore, Clare, a young girl haunted by her past.

Stranger Than Fiction: You are what you eat, but what are you really eating? Food, Inc. sets out to change the way you think about food. This disturbing documentary examines the big business of agriculture and its effects on the environment and our health. Eric Schlosser, author of Fast Food Nation, is a key contributor. Everyone should see this.

Blu Notes: The first of The Master of Suspense’s films to get the hi-def treatment, North By Northwest is available in a 50th anniversary special edition. The cross-country espionage thriller and case of mistaken identity is one of Hitchcock’s most purely entertaining rides, with countless classic moments. Included in this edition are a commentary track by legendary screenwriter Ernest Lehman, a feature-length documentary covering Cary Grant’s career and two Hitchcock documentaries featuring conversations with major directors.

History Channel’s Life After People uses testimony from experts to imagine what the world would be like if people were to just disappear. It then uses CGI to bring that world to life. It’s a fascinating experiment, perfect for hi-def.