There for Tomorrow: Oct. 25 @ Knitting Factory 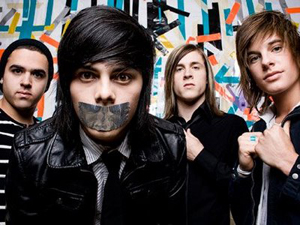 The final show a venue will ever have is kind of a big deal, right? Well, the Knitting Factory booking staff apparently missed that memo, but at the very least the bands playing wouldn’t have the venue closing on a bad note, creating a dance party like only a bunch of underage Warped Tour alums could. Which is great … if you’re into that sort of thing.

Though headliner Hit the Lights and support acts Sparks the Rescue, Fireworks and I Rival are all conventionally good bands, one can still only hear so many upbeat and high-energy dance pop bands before needing a change of pace. While not yet a big name draw, Orlando natives There for Tomorrow managed to outshine their tour mates for that exact reason, mixing a little edginess and rawness to their brand of melodic dance-pop.

Showing an intricacy to their musicianship and a natural ability to be emotive through their respective instruments, the foursome made the Knitting Factory’s main stage seem entirely too small to contain the rock they were bringing. From the infectiously fast-paced anthem “Sore Winner” to the epically proportioned ballad “Deathbed,” frontman Maika Maile’s signature big vocals were consistently on point as guitarist Christian Climer worked the stage like a seasoned performer.

Despite being easily missed in a sea of good bands, the members of There for Tomorrow displayed both a stage presence and technical skill far beyond their years to show the makings of something much greater.