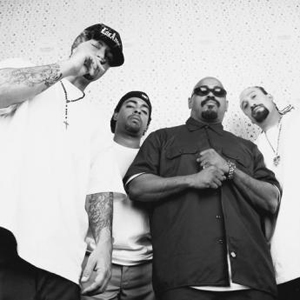 Last Friday I drove east bound through the sprawling metropolis of greater Los Angeles to the San Bernardino Mountain range to roll up on the return of the Cypress Hill Smokeout presented by Guerilla Union. This two-day festival returned in major fashion with paramount hemp-friendly hip-hop artists and bands on the bill.

With the mountains as the backdrop and the good vibes in the air, I must say that this was one of the most enjoyable shows I have attended this year. To me this was a paramount show because of the reunion of the Geto Boys and Goodie Mob, two of the pioneer groups who brought notoriety and shine to Southern hip-hop.

But before they hit the stage, one of my personal favorites, Devin the Dude, delivered one of the best performances of the afternoon. With his cannabis-induced lyrics and melodically banging beats I felt like I was rolling in Houston in a “Lacville ’79.”

Another one of my favorites, the entire Hieroglyphics crew, killed their set with all the classics – each of them sprinkled with random freestyles from Del The Funky Homosapien that had the crowd hanging on every syllable.

This year, Halloween falls on a weekend, and the Geto Boys didn’t disappoint – even without Scarface, who was held up in Texas for legal reasons. With only two-thirds of the group, they still murdered the stage with all of their classics, and even Bushwick had to drop a freestyle because he was inspired by the vibrations of the night.

Goodie Mob hit the stage right after, and I was totally entranced by Organized Noize bumping out the sound system from the group who coined the phrase “Dirty South.” With all four members in attendance, this was my first time seeing them live since their debut.

As they ran through all the hits, I totally lost control doing the Bankhead Bounce and listening to the knock of the 808 drum that seemed to fill the small valley the amphitheater is in. This was truly a monumental show considering the feud Goodie Mob have been in for years.