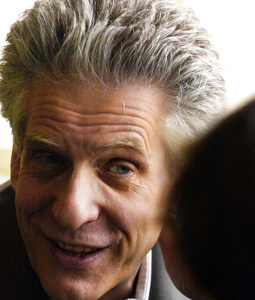 What makes a successful superhero film? I think that the two keys to doing an effective comic book superhero film are a) staying true to the look and essence of the character, and b) taking that essence and doing something new and interesting. When a director brings a comic book character to the big screen, there’s a dual responsibility to the people who are already fans of the character and those who are going to experience it for the first time.

In the past we’ve had some good film adaptations of comics, and we’ve had some bad ones. My top three pairings of characters and directors are Christopher Nolan with Batman, Sam Raimi with Spider-Man and Jon Favreau with Iron Man.

I have picked out a few comic book superheroes whose film careers are due for re-launching, and I’ve picked out directors who I think would make interesting films. I don’t know whether the directors I’ve picked are fans of the source material, but my theory is that if each of these guys had to stay true to the look and the nature of the character and weren’t allowed to change anything in a drastic way but was allowed to tell whatever story they wanted, you’d see some pretty cool adaptations.

After Cronenberg’s awesome adaptation of A History of Violence it became clear that he can do a comic book movie and do it well. Just imagine if you let him loose on the concept of someone whose senses were incredibly amplified because of the their blindness. Cronenberg is a master at exploiting traits and abilities of characters and turning them into really cool sequences.

The great thing about the Fantastic Four is they’re a pretty simple bunch. As long as you stayed true to their look and superpowers, there’s so much you could do here. The Fantastic Four work the best as a loose concept, and I choose Cuarón for this because he’s one of those filmmakers where if you give him a loose premise, he’ll work magic with it. All you need to know is that the Fantastic Four are a family unit and they each have their own special power. I’d be really excited to see what his take on them would be.

Right now all anyone wants to see are young vampires with teenage sexual angst. OK, fine. But it will cycle back around to what I know and love them to be, which is blood-sucking Satan spawn that need to be sliced up and hacked to pieces. Just imagine what Fincher would do with a tired clichéd genre. The first Blade starring Wesley Snipes is an awesome film, but the character could definitely benefit from a new direction. All you would need to give Fincher was the concept of a half-human/half-vampire black man who is a vampire hunter, and you would get the kind of film you’d watch over and over again. I guarantee it.

Like Batman, the Punisher doesn’t have powers. He has guns. Lots of them. And if there’s one thing that Michael Mann knows how to do exceptionally well, it’s put together a great shootout sequence. The shootouts in Mann’s Heat and Miami Vice are two of the best and most realistic shootouts I’ve ever seen. Instead of doing overly dramatic, hammy, stereotypical shootouts in a Punisher movie, why not let Mann do his thing and create hyper-real elaborate shootouts? You do that, and I don’t see how you wouldn’t end up with two sugary scoops of awesome.

Just think about that for a minute. Coppola on Superman. Sounds crazy, doesn’t it? I know, which is why it would just be insanely awesome. Say what you want about Coppola, the man thinks long and hard about the character and the story he’s telling. Coppola is not a man who is satisfied with telling the same old story, which means if confronted with the task of telling a story about a man who is indestructible and can’t be killed, he’d come up with some sort of inner journey for the character to go on that would rival any physical challenge Superman would have to face.