P.O.S.: A Rhymesayer for Life 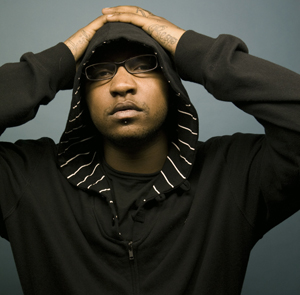 Who is P.O.S.? That is the question everyone asks when they hear a new, unfamiliar name on the music scene – if the music is very good or very bad.

Luckily, P.O.S.’ music is very good, a cosmic blend of sounds from punk rock to classic boom bap. P.O.S. is an emcee from Minneapolis, the largest city in Minnesota, the state with 10,000 lakes and home to the Vikings and Jesse Ventura. Not considered a hip-hop hot bed or a city that is a breeding ground for new talent; a place where an artist can be an artist and not a pitch man.

P.O.S. started out as a member of a punk band and made the switch to hip-hop. In 2002, P.O.S. put out one album, Indefinition, with a group named Cenospecies. They won the award for Best Band to Break Up in the Past 12 Months in the year-end issue of City Pages.

His creative path continued when he joined a group of likeminded artists to form a collective called Doomtree. They released an EP and an album independently before Rhymesayers Entertainment signed them and re-released Ipecac Neat in 2004. His solo career started in 2006 when his debut LP, Audition, dropped and gave him enough light that he was invited to rock on the Warped Tour and to open for Gym Class Heroes on the Daryl Hall for President Tour.

His new LP, Never Better, is mostly produced by himself with help from the Doomtree Collective and has a limited custom transparent digipak edition designed by Minneapolis designer Eric Carlson, featuring 16 solid picture inserts with six plastic overlays, allowing the listener to create their own cover art combinations.

“It’s about art, while you’re listening you can make your own cover,” he explains. His work is paying off as Never Better is being well received by the public, and his opportunities are expanding.

“My dream is to be able to make music for a living and slowly, I see it coming true,” he says.

P.O.S. will perform Nov. 6 at the House of Blues Sunset Strip. For more information, visit myspace.com/pos.