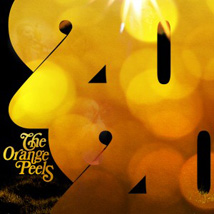 Indie-poppers the Orange Peels splash each section of their fifth album, 2020, with pellets of power pop, indie rock and alternative pop/rock. The Northern Californians resolutely rock out (the first four cuts are as juiced up as Weezer or Blur); or sound sophisticatedly ripened (eminently crafted clap-along “Birds of a Feather” or the Beatles-like orchestral pop piece “Emily Has Told Me Why”).

Vocalist/co-leader Allen Clapp labored to get his music to the masses: It has been four years since the last Orange Peels release. That furnishes an ironic torque to quasi-upbeat tunes such as the 10cc-ish “Charmed Life” or the Posies-esque guitar-pop title track, where Clapp figures out the future only makes sense by examining the past. The Orange Peels label their material coastal pop: music for those who still like to bop to tangy melodies but have had a few years to meditate on broken hearts or soured possibilities.

CD Reviews
An album about fame? Yawn. But Billie Eilish upends cliches on sumptuous 'Happier Than Ever'
450 views