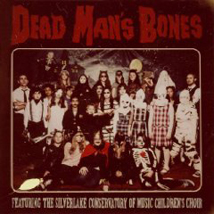 Sugarland are an Atlanta-based country duo that consists of Kristian Bush and Jennifer Nettles. Gold and Green is something of a departure for them. It is a Christmas album, featuring new takes on several standards like “Holly Jolly Christmas” and “Winter Wonderland” as well as originals like the quick two-step “Nuttin’ for Christmas.”

Since formation in 2003, Sugarland have had a string of country hits and notable television appearances on the Grammy Awards, the American Music Awards (where they sang a cover of a Beyoncé tune) and “The Tonight Show.” During Sugarland’s career, Nettles scored a hit singing a duet with hairband popsters Bon Jovi in 2006. The following year, Sugarland did the “Songs” medley with Elmo on “Sesame Street.”

These endeavors paid off when, in 2008, Sugarland took home two Grammy awards for Best Country Song and Best Country Performance by a Duo or Group for their song “Stay.” If you want to have an upbeat and countrified holiday season with perfect pitch, flawless production and a poignant bilingual version of “Silent Night,” this will do the trick.

Gold and Green is currently available.