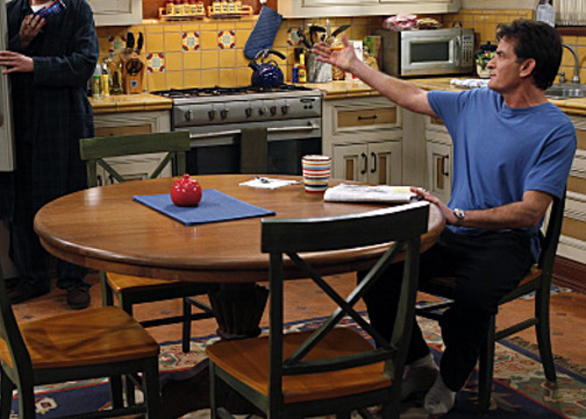 A Maasai Warrior, Shompole, Kenya in Oh My God
(Credit: Courtesy of Mitropoulos)

It’s an age-old question: “What is God?” And with horrible crimes being committed in the name of religion every day, it’s a question worth considering.

In Oh My God, filmmaker Peter Rodger sets out to dig beneath the prejudice of religious fanatics to get to the truth of religious ideology. Did God create men or did man create God? Are the world’s religions more alike than we all think? Is any major monotheistic god the same overarching God that the Torah, the Bible and the Qur’an talk about? Rodger travels the world, interviewing rabbis, priests, imams and everyday religious adherents (and that’s just to start) asking these questions. Most people seem more than happy to answer.

The film showcases opinions from everyone from atheists to Muslim extremists. My biggest problem with the film is that while it naturally focuses on the inherent differences (or is it similarities?) between Christianity, Judaism and Islam, it essentially skips over Hinduism, the world’s third largest religion, with minimal mentions from a multi-religious school in India, and presents militant Muslims as faithful but crazy believers. Yet Rodgers devotes large segments to the Maasai tribe in Africa and Aborigines in Australia and even discusses human sacrifice with a Mayan expert. Rodger also introduces snippets from a Druid priest, but he never gets into who the Druids are or expounds on modern Druid ideology.

One thing the film really has going for it is that many of the interviews are with your average practitioners of these religions instead of the leaders. This lends an air of authenticity because we have easy access to what the Pope says, but is that being accepted in the lives of everyday Christians? Interviews with celebrities like David Copperfield, Baz Luhrmann and Ringo Starr, on the other hand, seem pretentious and slightly out of place next to many of the everyday people Rodger presents, and somehow it feels like the words of the former are unjustifiably given more weight.

Of course, this is an ambitious undertaking and there is no way to give a comprehensive analysis of the ideologies of every world religion in 98 minutes, but the film doesn’t really answer any of the questions Rodger sets out to answer. Yes, the film is thought provoking, but in the end it supports the idea that we might be more alike than different, without giving serious consideration to religious extremists. Maybe this is how it actually is in the world, but then again, maybe it’s just the easy way out.