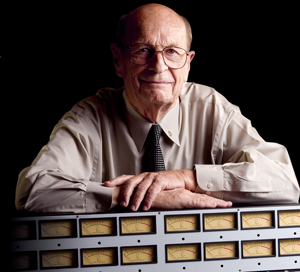 For 40 years, West L.A. Music has been Southern California’s leading independent supplier of music equipment and accessories. So it only makes sense for the store to hold a two day music expo showcasing the hottest recording products as well as in depth seminars with some of the industry’s leading professionals.

“We see it as a mini-NAMM,” says Christina Ruffalo, Director of Marketing and Artist Relations for West L.A. Music.

She’s referring, of course, to the National Association of Music Merchants’ annual tradeshow (NAMM) that features over 1,500 exhibitors each year at the Anaheim Convention Center and is considered the largest of its kind.

“This will be one of the first recording expos we’ve done in awhile so we really have high hopes for it,” Ruffalo adds.

With a storied history that dates back to the days when the Doors were the house band at the Whisky a Go Go on the Sunset Strip, West L.A. Music is steeped in Los Angeles’ rich musical tradition. The store was at the forefront of the burgeoning psychedelic pop music scene in the late-’60s and everyone from the Lovin’ Spoonful to the Young Rascals were fixtures there.

Given its close proximity to the studios, it wasn’t long before Hollywood came knocking as well. The store now acts as a primary supplier of drums, keyboards, guitars and anything else under the sun to dozens of TV shows and movies.

Fifty vendors are expected to participate in the expo, and as an added bonus there will be several onsite classrooms for people to learn nearly every aspect of the recording industry.

“The hour-long clinics are free to the public and designed for people to learn the same information that would ordinarily cost them a lot of money,” Ruffalo comments.

The classes include such basics as Microphone Fundamentals and Introduction to Garage Band, which teaches how to record and edit on Apple’s free software. For those who are already well versed in digital recording, the advanced courses include Pro Tools 8 Master Class, which offers an in-depth look at advanced recording and editing techniques, and the Zen of Reference Monitoring, which shows how to accurately place speakers for professional monitoring. But even Ruffalo admits that the latter two may be a little overwhelming for the recording novice.

The event will also feature a keynote address by Rupert Neve, inventor of the large-format mixing console and winner of the Lifetime Achievement Technical Grammy Award. A sound engineer by trade, Neve’s design of equalizers and compressors was instrumental in the creation of the modern mixing console and his appearance is expected to be a pleasant treat for recording aficionados.

“Everyone’s really excited about Mr. Neve’s appearance at the show,” Ruffalo gushes. “The technology he created has not been surpassed in the last 50 years.”

Neve’s address will take place on Saturday, Nov. 14, and is expected to last an hour. Afterwards, he will be presented with the Audio Icon Award.

“The award is to mark Mr. Neve’s many achievements in the recording industry. We look forward to presenting it to him,” says Ruffalo.

Other events include the seminars “Mic Placement Techniques,” by the industry veteran Allen Sides; “Developing a Lucrative TV & Film Career,” by Emmy winner Gary Lionelli; and “Writing Music for Hit TV Shows,” by composer Jan Stevens. Stevens’ TV credits include the sitcoms “Scrubs” and “Samantha Who?”

Also scheduled to speak is the Grammy Award-winning producer Michael Lloyd. Among other credits, Lloyd has produced over a hundred gold and platinum records including the widely popular soundtrack to Dirty Dancing. His seminar, “How to Produce a Hit Record,” comes from a prolific producer with 40-plus years in the business and dozens of No. 1 singles to his name.

Ruffalo says, “Michael Lloyd has made a huge impact on the music industry and his seminar will be one of the highlights at the expo. We’re expecting a huge crowd for this one.”

Ruffalo also notes that the two-day event will include thousands of dollars in giveaways, such as drawings for top-level gear and free gift bags for the first one hundred attendees. And if that hasn’t sold you, then the free Jambalaya most certainly will.