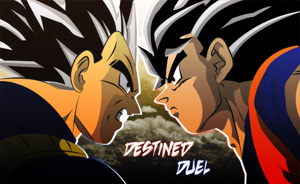 Storytelling is the one constant thread throughout all forms of media and entertainment. Whether your poison is films, television programs, novels, comics or documentaries, everyone develops connections to stories that personally resonate with them.

Regardless of how important or superficial a story is, it’s someone’s favorite. Everybody has stories that they like and some that they love.

Some stories completely work for some people, while only certain parts of other stories work for them. What works and what doesn’t is completely up to the individual, but to me, a story that really resonates with a person is one where every aspect of the story works for them.

To me, a real story is the sum of all of its parts. The possibility of creatively telling artistic stories that viscerally and emotionally affect people is what brought me to the medium of filmmaking.

There are many stories that I love and hold dear, but I wanted to take this opportunity to highlight a particular story that could be considered my favorite. The story I speak of is “Dragon Ball Z.”

Created by Akira Toriyama, the story follows the adventures of Son Goku, a member of a warrior race of alien beings who is sent to Earth to destroy it, but winds up becoming its greatest protector. Goku’s adventures begin in “Dragon Ball,” continue through “Dragon Ball Z” and conclude in the third incarnation titled “Dragon Ball GT,” and although I’m familiar with the other two parts of the overall journey of the character, the part I’m most fond of is “Z.”

The stories are independent of each other, sort of in the way that The Hobbit is an independent story from The Lord of the Rings. The series began as a Japanese manga (comic) and was then adapted into a long-running cartoon series that aired on Japanese television during the 1980s.

I think if each person examines which story they would name as their favorite, you would probably notice that it incorporates all the things that viscerally stimulate that person combined with the thematic elements that most interest them. I’m a cross-genre type of guy, so the stories that resonate with me root themselves in more than one thing at a time. “Dragon Ball Z” mixes science fiction, fantasy and martial arts with themes of honor, tragedy, the blurry lines between good and evil and the relationship between fathers and sons.

As a protagonist, Goku is a very interesting character in that he doesn’t have many of the obvious characteristics that you would equate with someone who goes to war to protect Earth. He’s an extremely good-natured, kind, generous individual, and he wears it on his sleeve. He’s not a thinking man’s man, and ironically it’s his ability to have a clear mind and be in the moment that allows him to keep it together when facing almost certain doom.

Goku’s origin is in a way very similar to that of Superman, in the sense that he is put on a rocketship as a baby and sent to Earth. Where the origins differ is that Superman was sent with the purpose of being Earth’s protector, Goku was originally intended to destroy it. That part of the story and Goku’s childhood is covered in “Dragon Ball,” so by the time we get to “Z,” Goku is a grown man and has a wife and a son.

In addition to knowing martial arts, Goku and all the other characters in the story can fly. Flight is something that anyone can achieve in this universe, which means that flight is a major factor in all the martial arts fight sequences, which is fucking awesome.

Remember the last fight scene in The Matrix Revolutions? They got it from here, people. This is the granddaddy of mid-air martial arts.

“Z” begins with the Earth being attacked by alien beings called Saiyans, and the first major turning point in Goku’s life takes place: He learns that he is one of them. Now, he is offered the choice by the Saiyans to help them destroy the Earth and betray everything he knows, or risk his life to try and save the Earth against opponents that are infinitely more powerful than him. That’s only where the story kicks off, and the places the narrative goes are amazing and incredibly creative and original.

Like all popular stories, Hollywood will have a go at it, and this past year we saw the first attempt at a big studio adaptation of “Dragon Ball.” You may not have even noticed because the movie was not a critical or financial success.

I don’t fault the filmmakers, because I’m a big fan of James Wong, but “Dragon Ball” is too unique a franchise to hand over to someone who doesn’t know it intimately. Because of that, the project was doomed from the start. It was a let down for fans of the franchise who dreamed of one day seeing a big movie adaptation of the story of Son Goku.

But I’m here to reassure “Dragon Ball” fans that they will eventually get that film. One of the biggest reasons I became a filmmaker was to fulfill my aspiration to make a “Dragon Ball Z” feature film. Although it’s a long way off, it’s coming, and what I can guarantee is it will be everything anyone would ever want from a film version of “Dragon Ball Z.”