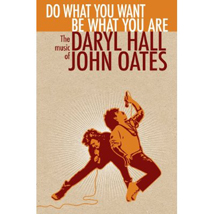 Some kind of emotional alliance with Daryl Hall & John Oates’ pristine string of pre- and post-MTV hits from the early ’80s seems required before even considering buying a four-disc career retrospective – and all those songs are here, of course, including “Kiss On My List,” “You Make My Dreams,” “Private Eyes,” “Did It in a Minute,” “I Can’t Go For That (No Can Do),” “Maneater,” “One on One,” “Say It Isn’t So,” “Adult Education,” “Out of Touch” and “Method of Modern Love.”

That list is staggering, and it goes on. During the few years between the anti-disco backlash (which they condemned as racist in the pages of Musician) and Michael Jackson’s Thriller (whose singles they vied with for No. 1), these white guys were superstars on the strength of compositional savvy and an eclecticism that placed them somewhere between the Stylistics, Billy Joel, and the new wave– no doubt benefiting from being somebody’s middle of the road as Top 40 re-segregated around them.

Yet today one is struck by how much “I Can’t Go For That” (a reported inspiration for “Billie Jean”) was hypnotic hip hop well before De La Soul got hold of it (for “Say No Go”), or by the clarion edge of Hall’s singing, which expressed something deeper – a love for soul when it was pop, and pop when it was soul--than anything in the sometimes silly lyrics. The formalism of a chorus such as “M-E-T-H-O-D-O-F-L-O-V-E” seems charming now – faith in popcraft being its own kind of sincerity – while “Maneater,” however cheesy, was co-authored by Hall's longtime romantic and songwriting partner Sara Allen, its sexism less offensive in any case than its blatant Motown-isms.

The revelation of this box is a career worth compiling before and after the big-hair/mustache peak, stretching back to teenage soul bands in mid-’60s Philadelphia, through ’70s hits (“She’s Gone,” “Sara Smile,” “Rich Girl” – written for a rich guy Sara dated), up through more recent, previously unreleased tunes including this set’s title track, which shows how moving inspiration can be after the hit factory’s been shut down.

Do What You Want, Be What You Are is currently available.