Relient K: Forget and Not Slow Down 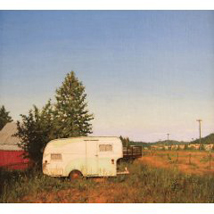 Relient K’s latest, Forget and Not Slow Down, is a testimony of how this Christian rock band from Ohio has successfully crossed over to the secular market and become one of the industry’s pop-rock powerhouses. Showcasing the skills of seasoned artists, they strike the fine balance between creating formulaic radio-friendly tunes with thoughtful lyrics without becoming cheesy and redundant. Ultimately, the band’s sonic intelligence lies in its signature uplifting songs that, despite being peppered with religious undertones, are not alienating to its secular listeners.

While all the songs are extremely infectious, there are a few outstanding pieces. In the song “Savannah,” abstract guitar-picker and vocalist Matt Thiessen sings in hushed tones building the anticipation that the song will soon erupt into another chart-topping number. Instead, it stays subdued. The surprising take on the song is indeed delightful. And this song primes the listeners to expect similar sound in “This Is The End,” which starts with a piano ballad. However, they are suddenly catapulted into the album’s loudest number. Thiessen’s biting vocals, which have been missing for a while, finally make its calculated entry.

Forget and Not Slow Down is currently available.