Deadma5: For Lack of a Better Name 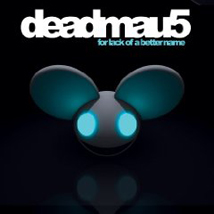 Deadmau5 (Joel Zimmerman) has reached international stardom as one of the leading progressive house and electro house artists and is easily recognizable for his mouse helmet with strobing eyes. But his latest album may just catapult him to a higher level of fame.

For Lack of a Better Name is a stopgap compilation of his work to follow up his critically acclaimed Random Album Title (2008). But instead of picking up where his previous work left off, he takes on a whole new identity by incorporating various styles of music into multi-blocks of songs.

For Lack of a Better Name is currently available.