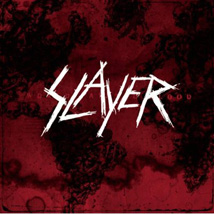 The legendary metal band brings us their 11th album as its members pass on into their 50s. But with age comes wisdom, and wisdom says: Don’t slow down.

The opening track and title song, “World Painted Blood,” resolves any question about this band’s relevance in music today. Grinding with a fierce punk hatred, the album starts off strong, but never moves from the same idea.

The songs on this new album fit together nicely in the collection, but nothing stands out in the same way that so many classics have like “Raining Blood,” “Criminally Insane” or even “South of Heaven.” It seems that the songwriting process has become somewhat stagnant. But most Slayer fans know that the album is only an excuse to tour, and that’s where this band is at its best.