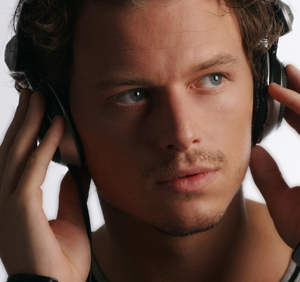 Dutch house music kingpin Fedde Le Grand has a new release out on Ultra, and he’s enlisted some big names to help keep Output bangin’. The album opens with the appropriately titled “Wild & Raw,” a collaboration with the Stereo MCs and then flows straight into “Feel Alive” where will.i.am guests. Mitch Crown, Mr. V, Camille Jones and Andy Sherman all make appearances, as does Ida Corr, the singer who propelled Le Grand’s “Let Me Think about It” to the top of the dance charts.

In appreciation of the fact that they’ve been given numerous opportunities to open for some of the biggest names in music throughout their touring career in the States, Mew has announced that they would like to in turn “pay it forward” to local bands. The Danish trio is launching a two-week tour at the end of the month, and they’re having a local band contest in eight of those markets to find their opening act.

The tour stops involved are in Philadelphia, Boston, New York, Chicago, Seattle, Portland, San Francisco and the Dec. 14 show at the Henry Fonda Theater. Entrants must have at least a 30-minute show and need to get their application in at mewsite.com/openformew by Nov. 25.

Warner Bros. has announced the release of a special holiday album compilation called Gift Wrapped: 20 Songs That Keep on Giving. The set features both Christmas and Hanukkah songs, including classic standards and unique originals from artists like Michael Buble, My Chemical Romance, the Flaming Lips, Foxy Shazam, Jack’s Mannequin, the Brian Setzer Orchestra and Nikki & Rich.

Tracks by Melee and Blake Shelton are among nine songs that have never been released before as are Jeremy Lister’s “Santa’s Lost His Mojo” and a take on “Deck the Halls” from R.E.M. Gift Wrapped will only be released digitally and can be found exclusively at iTunes beginning Dec. 1.

The Bitch is Back

Just exactly how did a guy named Cornelius Culwick end up with Elton John’s watch, an accessory worth around $10,000? At first, John reported the watch stolen in a break-in. But the English police determined that there was no break-in and that the watch had been purloined when Culwick and two other men were invited to John’s residence for a sex party.

The press found out about the whole sordid mess when Culwick went to trial, and the would-be thief was eventually acquitted and got to keep the watch as a souvenir of his night with Elton! That incident from 1983 is just one of hundreds of anecdotes you’ll find in Mark Bego’s new bio of the piano pounder, Elton John: The Bitch is Back.

The book chronicles John’s career from the very early days through to early 2009 and is liberally peppered with scandalous material dealing with affairs, addictions and even bad toupees. The Bitch is Back is Bego’s 52nd book about music or show business and is available now in hardcover from Phoenix Books.

Bay Area metal band High on Fire has finished recording their as-yet untitled new album, an effort they laid down in Los Angeles with producer Greg Fidelman of Metallica and Slayer fame. When asked to comment on the new music, High on Fire frontman Matt Pike had a somewhat cryptic response.

“We look forward to sharing the dark seas of our new riffs and tragic stories,” says Pike. “Soon the next saga of High on Fire’s world will be known.”

The new album is scheduled to drop in early 2010, but in the meantime, the band is in the middle of one of autumn’s hottest tours with Converge, Dethklok and Mastodon; catch all four bands at the Palladium Nov. 19 and 20.

Hundreds of lucky fans were invited to join 30 Seconds to Mars for their album pre-release listening party the night of Nov. 9 at the Montalbán Theatre in Hollywood. Most fans earned their wristbands volunteering as extras in the music video for the album’s catalytic first single, “Kings and Queens.”

In addition to premiering the video, the band played their new album, This is War, in its entirety and supplied an open bar, free candy and endless popcorn. During an intimate Q&A following the listening, frontman Jared Leto assured the crowd, “We will play L.A. this year.”