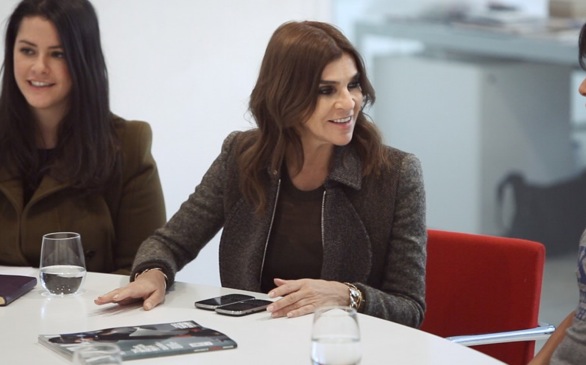 For us film dweebs who live, breathe and eat movie news, whose homepage is IMDb (for those of us who know what IMDb is), Los Angeles is our town. Unlike New York, which prides itself on fostering an intellectual community that thrives on art, music, expression (yada, yada yada), Los Angeles gives us the wiggle room to have our cake, eat it and harbor absolutely no guilt about it.

I will be the first to admit I masochistically thought 17 Again was an enthralling family dramedy. It’s not a crime to read Kafka and enjoy the screen presence of teen heartthrob Zac Efron. This is Hollywood, baby.

Though I’ve done junkets and conducted interviews with plenty of actors, it’s not as casual as you may think. Sure there’s coffee and a gourmet buffet. There’s even a pervasive air of familiarity when the subject walks into the room, smiles and takes his or her designated seat across from your threatening tape recorder. But for both parties, it’s all business.

On my side, I’m digging for the most dynamic quote I can, the one that tells you, my reader, everything about what it’s like talking to this person without having to be there. On their side, they really just don’t want to say the wrong thing and come off as pretentious or idiotic or any number of things.

Consequently, it can hinder a conversation when both parties are conscious of the divide. It can really spoil the interaction when you’re leading the interviewee through your questions.

That’s why I was so intrigued by Reel Talk with Stephen Farber, the film series at the Wadsworth Theatre that projects movies not yet released and then follows the screenings with revealing discussions with the actors and filmmakers.

Presented in partnership with Richmark Entertainment and Landmark Theatres, the series allows the public to be the first to sample some of the most highly anticipated films of the season. Last year Reel Talk members saw such hits as The Curious Case of Benjamin Button, The Reader and eight-time Academy Award winner Slumdog Millionaire before they hit Regal theaters.

Due to its success, the series lives on this fall. The Hilary Swank-biopic Amelia and The Road, an adaptation of the Cormac McCarthy best-selling novel, have already been screened. What do you have to look forward to the rest of November and into December?

The heartwarming holiday movie Everybody’s Fine, starring Robert De Niro, Kate Beckinsale and Drew Barrymore screens on Nov. 23rd followed by a discussion with writer-director Kirk Jones. And The Last Station, which was a breakout hit at this year’s Telluride Film Festival and which stars Helen Mirren, James McAvoy and Paul Giamatti, is scheduled for Nov. 30. Up in the Air is scheduled for Dec. 7, starring George Clooney, Vera Farmiga and Anna Kendrick with guest speaker director Jason Reitman (last seen at Reel Talk with Juno).

But what I like the most about this, what draws me to it is the community that is inevitably developed in this town where everyone is too busy to take a night off and watch a movie in an unadulterated, unbroken period of just a few hours.

Also, it’s a nice break to relax and soak in what the filmmakers have to say without any agenda other than enjoying their stories. Stephen Farber is one of the country’s leading film critics, writing for such prestigious magazines as The Hollywood Reporter and Hollywood Life.

As host and producer of Reel Talk, Farber is in charge of asking the questions. Unlike junkets and press interviews, the series is casual. There are no hidden meanings to his questions. He is there to keep the guests talking about the film so that every film lover in the room can soak in the experience.

After all, we Angelenos need to get intellectually stimulated somehow, right?