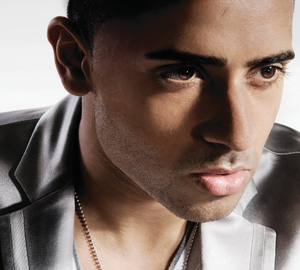 Jay Sean: It’s All or Nothing
(Credit: Amit & Naroop)

When there’s a rut in the music industry, leave it to a fresh, new foreigner to bring the excitement back. Following in the footsteps of crossover British talent like Leona Lewis, Craig David and even Amy Winehouse, 28-year-old Top 40 newcomer Jay Sean has just released his very first album in America. So far, Sean has hit it big with his widely popular summer smash single “Down,” featuring label mate and mentor Lil’ Wayne.

While his name may be new to America, he is certainly no stranger to the music scene. A seasoned producer, songwriter and hitmaker, the West London native has already gone multi-platinum with his past two albums and has established fan bases in countries across the globe. In 2004, he toured in Europe and Southeast Asia.

Today, Sean is newly signed with Cash Money Records and has full backing from rapper Lil’ Wayne. He sees his breakout in America as a challenge and an opportunity to bring his music to a new audience. But with two albums on the UK Pop charts and two Top 10 hits already under his belt, the slick singer is headed for world takeover.

“No matter where you’re from, everyone talks about music in America,” says the singer. “America is like a huge engine, and you have to work hard if you want to make it. It’s demanding, but definitely a compliment to be a part of it.”

In America, success is more than just a compliment. Aside from heavy radio play in the States, “Down” has already sold over one million copies, received critical acclaim from music magazines and even peaked at No. 2 on the Billboard 100 Chart – an impressive feat for an act completely new to American listeners. But even before Sean could even sit down for an interview, people were already buying into the music.

“It’s flattering they like the song,” he says. “In America, music lovers really have their pick, and the people decide what’s good. It has always been a dream of mine to be in the company of such great talent.”

Born and raised in London, England, Sean says his love for music has already cultivated during his short transition to the United States. Back in London where stations are strictly categorized by genre, he admits he loves the diversity of music that can be heard on the radio.

“I like listening to the radio out here, anything contemporary … artists like Taylor Swift, The-Dream and Fabolous.”

Proud of his Indian and Punjabi heritage, Sean is also adding to a more diverse sound in mainstream music. His latest album, All or Nothing, has global appeal and reflects his personal culture, featuring brand new material with top producers like J-Remy and Lil’ Wayne, as well as songs that are already tested favorites in other parts of the world.

“The album is refreshing, and hopefully it’ll be different from what’s out there. Going into this, my intention was to make a quality record from start to finish, and I feel like that’s what we did,” he says. “I think artists have a responsibility to give people a good reason to go out and buy their record.”

With a promising new album, right now the young Sean is just looking to enjoy his time in the states.

“The food’s good. I like that you can always get a big ass plate here. American girls are nice, too. I like their accents,” he says.

For the man with a smooth voice and a British accent, I’m sure they would say the same for him.

All or Nothing is currently available. For more information, visit jaysean.com.