Red Hot Chili Peppers: Me and My Friends 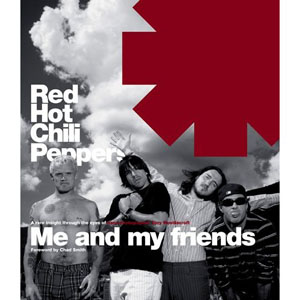 “Me and My Friends” is a track off of Red Hot Chili Peppers’ The Uplift Mofo Party Plan album from 1987, their last effort featuring original guitarist Hillel Slovak (who died the next year). British photographer Tony Woolliscroft couldn’t have lifted a more fitting RHCP song title for his touching photo tribute to a band who have clearly become his treasured friends.

With a forward by drummer Chad Smith, the tome begins with the first RHCP gig Woolliscroft shot of the band in England during their first tour with Smith and guitarist John Frusciante. Each set of photos is accompanied by candid behind-the-scenes stories and anecdotes.

From singer Anthony Kiedis doing handstands on the stage of a small club, bassist Flea’s crazy costumes, huge festivals and intimate moments, Woolliscroft documents nearly 20 years in the trajectory of this indestructible band.

Red Hot Chili Peppers: Me and My Friends is currently available.