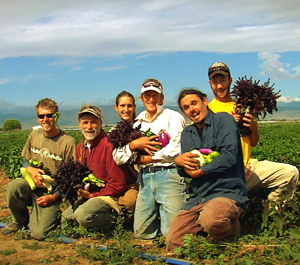 There was a time when my No. 1 career goal was to save the world. I didn’t envision anything grandiose or overly ambitious, but I was planning to take several trips to Burma, Darfur and Rwanda, where I thought I could lend my helping hand.

I still would love to travel, feeding the impoverished and documenting what I see so that my experience could be felt by the ignorant people in American society. But until I graduate and land a job that pays well enough to afford this expenditure, I remain watching films that can do the work for me.

That is exactly the mission of the 6th Annual Artivist Film Festival. “Artivist” – a combination of “artist” and “activist” – is determined to raise public awareness about social injustices and to strengthen the voice of the advocate filmmaker.

This year the festival will take place at the legendary Egyptian Theatre in Hollywood and will screen over 40 feature and short films. La Mission, starring Benjamin Bratt, will open the festival. Other films include Ice Bears of the Beaufort and Children of War.

For me, the coolest part about the festival is that this year the community is provided the option of the “Artivist Stimulus Package.” The package includes free tickets for all festival film screenings.

Though it may not be as voyeuristic as bringing H1N1 syringes to African villages or providing clean drinking water to spots in Asia, by attending and supporting this festival we’re getting ready for when we do get out there.