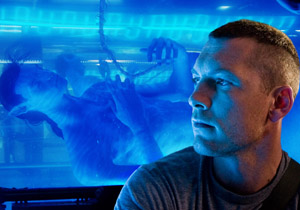 A rookie guard (Columbus Short) at an armored truck company gets more than he bargained for when his coworkers (including Matt Dillon and Laurence Fishburne) decide to steal a truck they’re supposed to be guarding and the $42 million inside.

Two brothers, one wife; it’s a perfect storm for drama and strife. Starring Jake Gyllenhaal, Natalie Portman and Tobey Maguire, Brothers follows the return of a soldier who was held as a prisoner-of-war in Afghanistan (Maguire). All he wants is a warm bed and his hot wife (Portman), but he returns to find that his brother (Gyllenhaal) has been keeping things toasty because everyone thought he was dead.

Following in About Schmidt’s footsteps, Everybody’s Fine sets out to retrace some familiar territory. This time it’s Robert De Niro instead of Jack Nicholson who embarks on an impromptu road trip in an effort to reconnect with his grown children, including Drew Barrymore and Sam Rockwell.

Starring Dave Foley (“Kids in the Hall”), this comedy dissects the lives of five employees of a low-end electronics chain, Electri-City, in a suburban strip mall.

The film chronicles the exploits of a group of American college kids as they take a semester to study abroad at the prestigious Razvan University. But little do our gormless American students know, there really are vampires roaming the countryside. —Melissa Russell

Up in the Air (Paramount)

From director Jason Reitman (Juno, Thank You for Smoking) comes the story of a man who believes moving is living. Amassing 350,000 frequent flier miles a year, traveling from airport lounge to airport lounge, hotel to hotel, Ryan Bingham (George Clooney) has made a happy, insular life for himself as a corporate-downsizing expert. On the cusp of reaching 10 million frequent flyer miles and just after he has met the woman of his dreams, his life suddenly comes to a grinding halt and he has to face the thing he fears the most: a static home.

Broken Embraces, starring Penélope Cruz, is a film about film, a film about love, and a film about Pedro Almodóvar’s love of film and love. With stylistic flashbacks to several of his past 17 films and tips of the hat to Hitchcock and Rossellini, Broken Embraces weaves between film noir and signature vibrant Almodóvar melodrama.

Nelson Mandela is a man who survived 27 years in prison. He’s a Nobel Prize winner, a former president, a titan among men. But he’s also a dude who digs rugby according to Invictus. Clint Eastwood directs Morgan Freeman as Mandela in this film about Mandela’s first term as president in post-apartheid South Africa when he campaigned to host the 1995 Rugby World Cup event as an opportunity to unite his countrymen. Matt Damon is the rugby star who helps bring the country together. It’s like Remember the Titans on a much larger scale.

Based on the best-selling novel about a young girl watching over her family from “the in-between” as they struggle to deal with the aftermath of her brutal rape and murder, this one has Oscar written all over it. Directed by Peter Jackson, of The Lord of the Rings mega-fame (which means the film is guaranteed to be visually stunning), and starring Rachel Weisz, Mark Wahlberg and Oscar nominee Saoirse Ronan, fans have been breathlessly anticipating this adaptation since 2002.

A Single Man (The Weinstein Company)

Designer-turned-director Tom Ford has Hollywood buzzing about his debut. Stylish, gripping and emotionally wrenching, star Colin Firth was honored at the Venice Film Festival and is garnering Oscar talk for his role as an English professor trying to hold himself together after his partner suddenly passes away. Likewise, Firth’s co-star Julianne Moore is being considered Precious’ Mo’Nique’s first major competitor in the Supporting Actress category.

A hard-living country music singer (Jeff Bridges) searches for salvation with the help of a journalist (Maggie Gyllenhaal) on a mission to uncover the real man behind the legendary musician.

Does it really matter what Terminator smokeshow Sam Worthington is doing in James Cameron’s highly anticipated 3D feature? Nope. Just know that it’s going to be awe-inspiring and groundbreaking because that’s how Cameron rolls. The man who took us onto the prow of the Titanic pushed the limits of 3D so far to make this film that he created stereoscopic technology so innovative and revolutionary, it’s already being given awards.

Did You Hear About the Morgans? (Columbia)

An estranged New York City couple (Hugh Grant and Sarah Jessica Parker) on the verge of divorce is forced into the witness-protection program after witnessing a murder. Nothing says “baby, let’s make this work” like knowing your lives are in constant mortal danger. Directed by Marc Lawrence, who helmed Miss Congeniality (1 and 2) and Two Weeks Notice, it will be a funny murder.

A major early contender in the Oscar race is Nine, directed by Rob Marshall, who struck musical gold with Chicago. Daniel Day-Lewis stars in this adaptation of the 1982 musical as Guido Contini, a film director who has complicated relationships with every woman in his life, including his wife, his mistress, his muse, his agent and his mother. Marion Cotillard, Penélope Cruz, Kate Hudson, Nicole Kidman, Judi Dench and Sophia Loren fuel his consuming fire. Based on an Italian play inspired by Federico Fellini’s autobiographical film 8½. Bellísima.

Ever wonder about the early years of Queen Victoria? Of course you have, and in this sweeping costume romance starring Emily Blunt, all of your questions will be answered, especially those about her early reign and romance with Prince Albert in the 1830s.

Heath Ledger’s final performance was captured by visionary director Terry Gilliam in this enigmatic and intriguing tale of good versus evil. Johnny Depp, Jude Law and Colin Farrell stepped in to complete the work Ledger began, and the final product is a bittersweet reminder of what a tremendous talent was lost. And how effin’ crazy Gilliam is in all the best ways.

Nancy Meyers returns with another romantic comedy for the Baby Boomer set about a woman (Meryl Streep) who is the object of two men’s desires (Steve Martin and Alec Baldwin). Let’s see if Meyers convinced Meryl to do any semi-nudity à la Diane Keaton in Something’s Gotta Give.

Guess what’s gonna be awesome … this movie! That’s elementary, my dear Watson. Guy Ritchie, Robert Downey Jr., Jude Law and Rachel McAdams launch what is destined to be a Sherlock Holmes franchise. You know their methods.

The year: 2019. The plague: one that transformed almost every human into vampires. The problem: They’re running out of blood. With a bitchin’ cast (Ethan Hawke, Willem Dafoe, Sam Neill) and hyper-stylized visuals, it’s nice to see a return to the Blade/Underworld school of vampire movie aimed at adults.

Michael Cera stars as Nick Twisp, a teenager who can’t get laid to save his life, so he develops a split personality to help him win the heart of his trailer park’s resident dream girl, Sheeni Saunders (Portia Doubleday), in the hopes of losing his virginity. Mayhem ensues. It’s like Fight Club meets American Pie.

OTHER FILMS FOR WINTER...

The Book of Eli (Warner Bros.)

Denzel Washington stars in another tale of a post-apocalyptic world where a lone man fights his way across the country to protect a sacred book that holds the secrets to saving humankind. It’s like The Road but with kick-ass action.

Based on the true story of two parents (Brendan Fraser and Keri Russell) who risked everything to find a researcher (Harrison Ford) who could develop a cure for their children’s rare, deadly genetic disorder. It’s this year’s Lorenzo’s Oil.

At a remote truck stop diner, in the wake of an apocalypse (yes, another one), a group of strangers becomes humanity’s last line of defense when they discover the diner’s young waitress is pregnant with the messiah and every evil creature in the universe is out to get it and her.

After his daughter is murdered in front of him, detective Thomas Craven (Mel Gibson) discovers her secret life and a corporate cover-up that sends him down a path of destruction and revenge.

From the director of The Cider House Rules and author of The Notebook comes the story of John (Channing Tatum), a soldier who falls for Savannah (Amanda Seyfried), a student, while he’s home on leave. Their romance is played out over a series of back and forth “Dear John” letters after he re-enlists in the service following 9/11. Get ready to cry your freakin’ eyes out!

From Paris With Love (Lionsgate)

In Paris, a young employee in the office of the U.S. Ambassador (Jonathan Rhys Meyers) is assigned to work with a wild card American spy (John Travolta, with the grossest goatee ever) to stop a terrorist attack on the city.

Where the hell has Benicio Del Toro been hiding? After a long screen absence (Che doesn’t count, no one saw it.), he returns for a major cinematic event in this retelling of the 1941 classic horror film. Co-starring Anthony Hopkins, Hugo Weaving and Emily Blunt, this Wolfman is dark, brooding and violent. Now that’s something to howl at the moon about.

Martin Scorsese and Leonardo DiCaprio are together again. The dynamic duo reteam for their fourth movie following Gangs of New York, The Aviator and The Departed, this one about a U.S. Marshal sent to investigate the disappearance of a patient from a mental hospital.

A Couple of Dicks (Warner Bros.)

A new Kevin Smith comedy about two cops (Bruce Willis and Tracy Morgan) on the hunt to track down a stolen baseball card, rescue a Mexican beauty, avoid a bunch of gangsters and deal with armloads of laundered drug money.

This creepy horror offering is based on George Romero’s 1973 cult classic about a virus that spreads through a town causing the residents to turn into murderous, riotous zombies. Starring Radha Mitchell, Timothy Olyphant and Danielle Panabaker.

Takers is the story of group of bank robbers (Michael Ealy, Paul Walker, T.I., Idris Elba, Chris Brown and Hayden Christensen), who specialize in spectacular robberies. That is until a detective (Matt Dillon) jumps on their trail and interrupts their plans for a $20 million heist