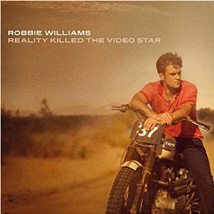 If Robbie Williams wants to blame reality on the death of the video, that’s fine, but he needs to find another excuse for the death of his songwriting ability. With only three bright spots on his latest CD, Williams does little to protect the video star that he has become.

Tracks like “Bodies” fill the album, offering little or no depth. Uninspired lyrics mixed with lackluster songs keep this album from jumping off the shelf.

Williams’ voice is seldom showcased. With such a powerful set of pipes it makes one wonder why a majority of tracks are spoken instead of sung. His club-esque tracks do little to make one move, and the lyrical content is very lowbrow.

This witty singer has failed to grab a hold of the platform that he once dominated. Hopefully for Williams, this is just a simple case of bad luck.


Reality Killed the Video Star is currently available.
Article posted on 11/30/2009
This article has been viewed 1603 times.