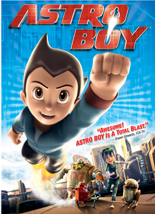 “The Office”’s John Krasinski makes his directorial debut with an adaptation of David Foster Wallace’s Brief Interviews with Hideous Men. A Ph.D. candidate, (“Law & Order: Criminal Intent”’s Julianne Nicholson) recently dumped by her boyfriend, sets out to interview a series of men to find out what makes them tick. The results range from hilarious to poignant. Among the hideous men are the very funny Will Arnett, Timothy Hutton and Krasinski. The film was nominated for the Grand Jury Prize at Sundance.

Jared and Jerusha Hess, the husband/wife team behind Napoleon Dynamite, return with Gentlemen Broncos. The film follows a young writer (Michael Angarano of Snow Angels) who attends a fantasy convention and discovers that a famous author (“Flight of the Conchords”’ Jemaine Clement) has stolen his idea. Soon his story is made into a horrific movie. Adapting a pretentious voice somewhere between Gregory Peck and Laurence Olivier, Clement alone is worth the price of admission as the pompous Ronald Chevalier.

The Brothers Warner is the behind-the-scenes saga of four brothers who created one of the biggest movie studios in Hollywood. The doc was written and directed by Harry Warner’s granddaughter, Cass Warner Sperling, and is soon to be a feature film adaptation.

If you dug Benicio Del Toro in the big screen update of the horror classic The Wolfman, check out the History Channel’s The Real Wolfman. From children raised by wolves to diseases that make men look and act like animals to the mysterious animal attack that killed 102 French villagers in the 1700s, the werewolf legend is a bizarre and compelling one.

Extreme Bodies, a Discovery Channel special, sheds light on genetic anomalies previously relegated to freak shows, including the world’s tallest and smallest people, conjoined twins who share a brain and a 700-pound athlete.

Mike, Joel and the robot crew of the Satellite of Love return in Mystery Science Theater 3000: Vol. XVII. Contained in this collection is the first nationally aired episode “The Crawling Eye”, plus “The Beatniks,” “Blood Waters of Dr. Z” and the classic episode “The Final Sacrifice.” Extras include a special introduction to “The Crawling Eye” by Joel Hodgson and a new interview with “Final Sacrifice” star Bruce J. Mitchell.

Premiering in 1968 and soon to be a TV remake, the classic cop drama “Hawaii Five-O” returns for the Eighth Season. The long-running show follows an elite squad within the Hawaii state police headed by Steve McGarrett (Jack Lord) as they take on gangsters, assassins and Red Chinese nemesis Wo Fat. “Book ’em, Danno!”

Tony Shalhoub returns in his award-winning and beloved performance as an obsessive-compulsive detective in the eighth and final season of “Monk.”

Done in a similar style to The Blair Witch Project or Paranormal Activity, The Fourth Kind uses purportedly real footage of interviews with alien abductees to give the viewer the heebie-jeebies. Milla Jovovich stars as a psychiatrist conducting interviews with traumatized patients, residents of Nome, Alaska, where for the last 40 years a staggering amount of people have mysteriously vanished. Elias Koteas co-stars.

Italian filmmaker Marco Ferreri (La Grande Bouffe) directs the long unseen Dillinger Is Dead. It’s a welcome addition to the available Ferreri canon, much of whose surreal and blackly comic work was released last year in its own collection. But don’t expect Johnny Depp; this Dillinger is a hypnotic meditation on modern-day alienation and media saturation.