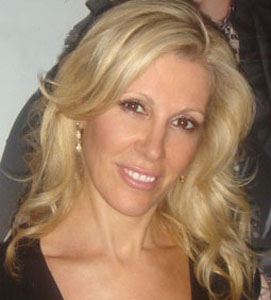 Is waiting two years to have sex too long, or am I dating a serial dater? Let me know, as all our friends assume we have been intimate for a long time now. We just smile and laugh but admit to nothing. —Calvin

Well, if you both want to wait till marriage to be intimate, then two years isn’t too long, but somehow, I don’t sense that’s what’s going on here. If you’ve been dating a woman for two years and she still hasn’t had sex with you, it’s not because she’s a serial dater, it’s because she doesn’t want to have sex with you. If she hasn’t had sex with you until now, she probably never will. You can either accept the situation the way it is or move on.

I’m 24, and I’ve been dating a woman who is twice my age for about 12 months. Thus far, my parents don’t know about her though they are aware I am seeing someone. They have continued to ask if they could at least see a picture of her, but I have always refused.

Recently, my parents have become more adamant to see whom I’m dating, and it’s been evolving into a more contentious issue. Would you recommend me showing my parents a photo that could possibly alter our close relationship, or should I continue to be vague and secretive? —Mike

I have to laugh at the last sentence in your e-mail. You say you have a close relationship and yet you are being vague and secretive. Isn’t that a contradiction?

I would suggest you speak to them first before showing a photo. Do not begin by saying you’re dating a woman twice your age, as you did in your e-mail. Tell them the truth: that you were afraid to tell them who you were dating because you thought it would alter your relationship and you didn’t want that to happen.

At this point they may start to think you’re gay, so tell them it’s a woman who is quite a few years older. If they ask how many, say it’s not polite to reveal a woman’s age, but you’d be happy to show them a photo. Go from there and let me know what happens.

Write to Lucia at theartoflove.net. Read an excerpt from Lucia’s Lessons of Love at lessonsoflove.net. Listen to Lucia live every Sunday at 3pm PST on latalkradio.com. Remember: Love inspires, empowers, uplifts and enlightens.

The Art of Love
I Don't Understand Him
7,873 views

The Art of Love
How to Make Him Commit
3,927 views

The Art of Love
He Always Texts, Never Calls
8,415 views

The Art of Love
The 10 Commandments of Dating for Women
3,693 views

The Art of Love
My Cheater Ex Wants Me Back
3,869 views