Leap Year and Much More 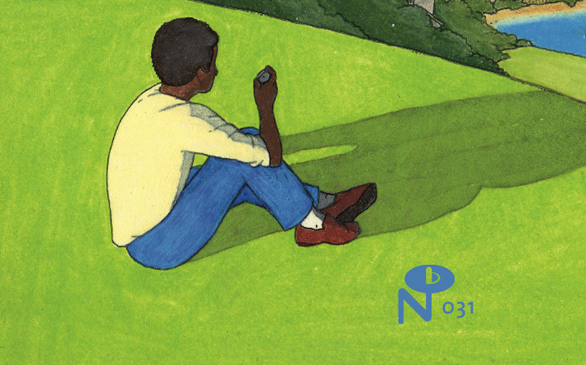 Many will probably have vaguely fond memories of Al Jarnow’s short films from seeing them on “Sesame Street.” But these beautiful works aren’t just for education. Celestial Navigations: The Short Films of Al Jarnow collects these strange and wonderful films, which combine time lapse, animation and stop-motion for a distinctive style.

House of Fears is a cool little horror flick about a group of friends who sneak into a haunted house the day before it opens and find themselves unable to get out, even as they start to disappear one by one.

Tetro is Francis Ford Coppola’s most alive film in decades. Shot in beautiful black and white, the film follows Bennie as he heads to Argentina to find his older brother (Vincent Gallo), a disaffected writer. It’s an intimate, stylish and highly personal look at family dynamics. It’s also Coppola’s first original screenplay since The Conversation.

It’s Roger Corman week with the release of two punk classics. Penelope Spheeris made her feature film debut with Suburbia. Shot in 1983 on a shoestring budget, using mostly non-professional actors, the film follows a group of outcasts who band together to form a family on the outskirts of town.

Then, check out the Ramones helping a group of teens take over their school in Rock ’n’ Roll High School.

Evil Toons is a B-movie favorite mixing live action and animation. Four teenage girls spend the night in a haunted house, during which a creepy man (the late David Carradine) arrives with an old book of spells, bringing to life an evil cartoon character that terrorizes the girls.

Boogie Man: The Lee Atwater Story is a fascinating portrait of a beloved and reviled figure in American politics, Lee Atwater. The top GOP strategist mentored Karl Rove and George W. Bush and was instrumental in the conservative revolution in America.

Tracing modern global capitalism back to the Conquistadors and the slave trade, The End of Poverty? seeks to establish how so few of the wealthiest people came to exploit so much of the world’s resources at the expense of the poor. It’s a powerful and illuminating look at the devastating effects of modern imperialism, which go largely ignored.

Leap Year has all of the elements rom-com fans gush over. An enchanting leading lady (Amy Adams) is caught up in a love triangle between a charming stranger and an uptight boyfriend, set against a beautiful foreign locale (Ireland). Matthew Goode and John Lithgow co-star.

In keeping with the long tradition of tough guys in kid comedies, Tooth Fairy stars Dwayne “The Rock” Johnson as a hockey player sentenced to a week as a tooth fairy for crushing a kid’s dreams. Julie Andrews and Billy Crystal co-star.

A worthy remake of the ’70s political assassination thriller, The Jackal stars Bruce Willis as an unstoppable professional killer and Richard Gere as an IRA member released from prison to hunt him down.