Alexisonfire: May 9 @ The Troubadour 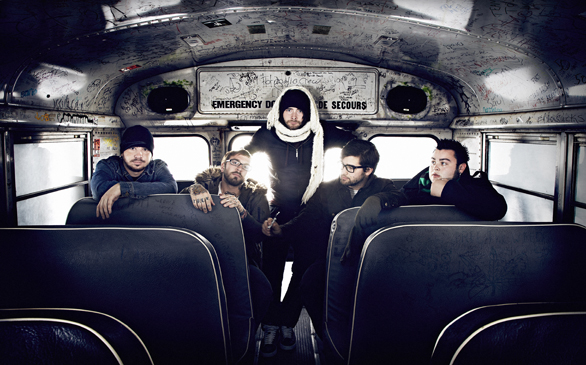 How Alexisonfire isn’t playing arena venues by now remains a mind-boggling mystery. But the fact they are playing a tiny, intimate venue like the Troubadour is surely not something to complain about, either. Because even for as big and epic as the Canadian post-hardcore band’s music is, it takes on an entirely new meaning when experienced up close.

Opening with “Young Cardinals,” the fivesome displayed a skill level far beyond most of their better-known contemporaries. Focusing mainly on newer tracks from their latest album, Old Crows/Young Cardinals, with a few old-school favorites mixed in, co-vocalists Dallas Green and George Pettit painted stunning aural pictures despite their polar-opposite vocal styles.

Slowing mid-set from the frenzied pace of songs like “Accept Crime,” which followed a brief but impassioned monologue from Pettit about equality in the face of religious hypocrisy, the band went into “The Northern,” with Green showing off the full extent of his soulful vocals. Showing why he’s just as integral to what the band is, Pettit balanced Green’s wails with his signature raw growling to make the slow jam as brutally raw and heavy as it was emotionally evocative.

While it’s easy to write them off as little more than aggressive bro-rock, these guys are one of the most important bands to rock right now for the fact that what you get with them sounds and feels 100 percent authentic, sometimes almost painfully real. What’s more, they have the intellectualism and artistry to match all that thrash. But then again, that’s not for everybody these days.