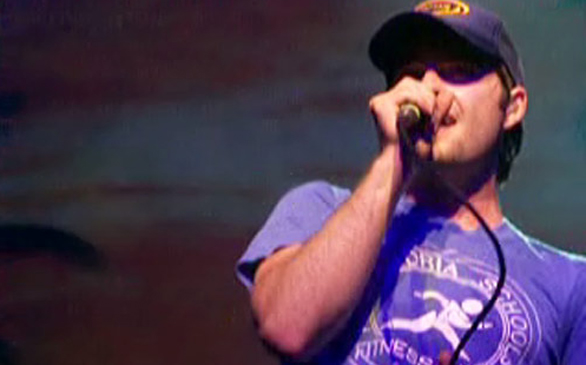 Night-timers lined up against a barbed-wire fence. The increase in noise and movement signaled that the Roons were ready to start “Shakin’” along to Rooney’s pop, rock and droppin’ tunes.

First up were two opening bands. Black Gold kicked off the concert. As newbies to showbiz, the four-man band looked comfortable on stage: the bass player shook his body to the beat, the main vocalist pounced on his keyboard and sang without going off-key, the drummer kept it all together and the guitarist moved his hand side-to-side on the fret board. The Young Veins, on the other hand, took the stage with a polished, dapper look and kept it mellow with their Ritchie Valens-like sound.

Finally, after the opening acts, the palm tree background lit up, the Rooney flag waved in the air and the guitar riff to “When Did Your Heart Go Missing” sent the Rooney-factor through the roof. Concertgoers jumped, lifted their arms and clapped their hands in sync with Ned Bower’s drumming and sang along with Robert Schwartzman. The band tried something new. For the first time, their set list consisted of new songs, like “Holdin’ On” and “Stars and Stripes” (when Weezer’s Brian Bell joined in on lead guitar), and songs voted by fans, such as “Paralyzed,” “Daisy Duke” and “Our Love.”

Schwartzman encouraged fellow fans to be a part of the show. “Don’t be shy to sing along,” he said. “We’re all family here.”

Later he introduced the band starting with Louie Stephens and moving on to welcome the new bass player, Brandon Schwartzel, followed by Ned Brower and Taylor Locke.

Rooney revved up the crowd from the very beginning and left the Roonians wanting more as they ended the night “Shakin’” them up.