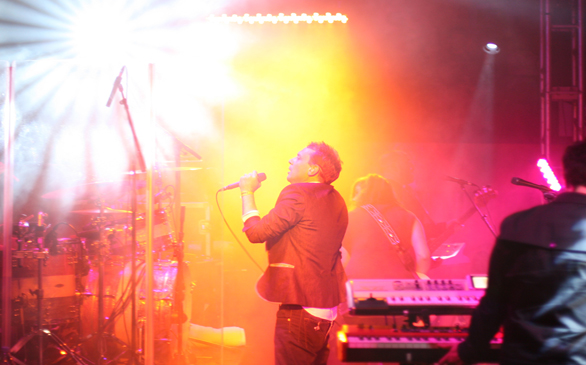 Fans gathered underneath Stars as they touched down in Los Angeles. The Troubadour was packed (which seems to happening more frequently of late) for the Canadians, who took the stage in support of their latest album, The Five Ghosts, which dropped the same day.

They played two sets; the first was the entire new album comprised mostly of a kind of mellow electronica that was quite comfortable but, unfortunately, unfamiliar. But, I don’t think that will be for long. After an intermission of a few minutes, the former members of Broken Social Scene returned to the stage to perform a set of favorites picked by the L.A. fans. The place went wild for the group when they went into the familiar and truly awesome “Your Ex-Lover is Dead” and didn’t calm down until the end of the encore.