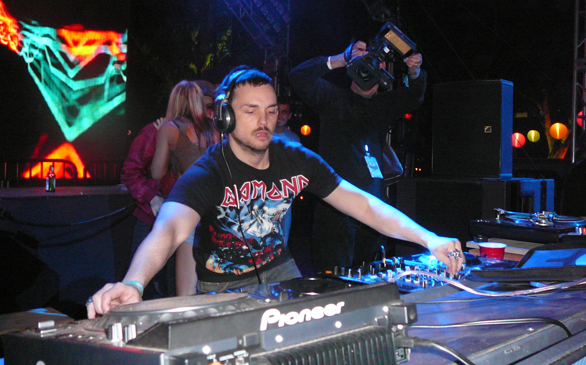 For most of us, the end of June is thought of as the beginning of summer, but for electronic music enthusiasts, Electric Daisy Carnival is all they think of to mark the start of the season. The nation’s largest festival of its kind returned to the Los Angeles Coliseum and Exposition Park for two jam-packed days of musical debauchery.

Five enormous stages were erected inside and around the Coliseum in different spots than previous years to accommodate the ever-expanding crowd of roughly 150,000 people. This made it difficult to navigate from stage to stage, so planning ahead was completely necessary.

Friday’s roster of talent exceeded expectations with some of the best acts in the business. Swedish House Mafia, Armand Van Helden, BT, Dieselboy, Dirty South and Moby impressed the masses. Travis x A-Trak put on a beat clinic with some help from Lil Jon. Deadmau5 returned to his glowing cube used at Coachella, while of course wearing his signature mouse head. And Basement Jaxx showed yet again why they are pioneers of the scene.

Saturday was no slouch either with awesome sets from will.i.am, Laidback Luke, Roger Sanchez, Sasha, Benny Benassi, MSTRKRFT and Duck Sauce. Not to mention the return of crowd favorites Groove Armada and Boys Noize.