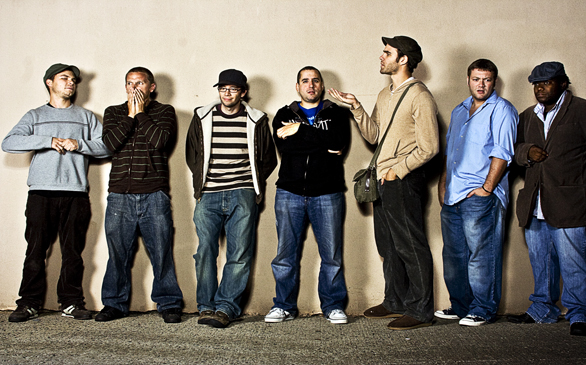 A band known for their Latin, world, funk and jazz-influenced blend of rock and ska, Streetlight Manifesto’s unique voice has got to be one of the keystones for fanhood – that and their redefinition of what a typical ska band looks and sounds like.

The band created a set that included songs from every album they’ve released. This setlist – consisting of tunes like “Everything Goes Numb,” “We Will Fall Together,” “Here’s to Life,” “Forty Days,” Keasbey Nights,” “Walking Away” and “9mm and a Three Piece Suit” – was well-received as every song was loyally sung by the mob of sweaty and swaying fans. An audience member kept shouting “1234 1234” from the crowd, to which Tomas Kalnoky, lead guitarist/vocalist, finally replied, “I promised myself years ago that I would never play that song again,” a promise that he later broke.

The Key Club was a perfect setting, as fans got to experience the music the way that it should be: uninhibited and tightly pressed against strangers in a hot-boxed venue. Streetlight Manifesto gave such an amazing performance that the crowd chanted, “One more song!” over and over again until surprisingly, the guys took the stage again and played three more songs acoustically.