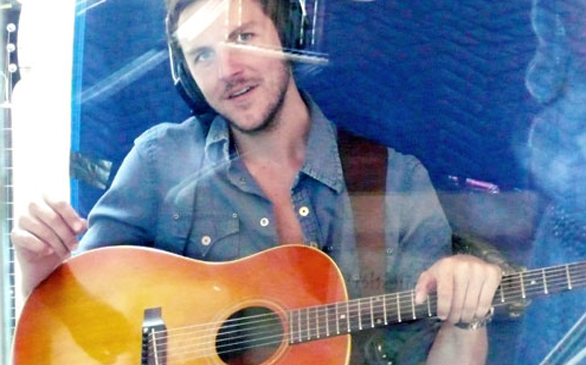 Oblivious to the outside disarray of tire screeches, blaring horns, congestion and traffic lights, the people inside the candlelit Hotel Café aimed their sights on singer-songwriter Charlie Mars. On stage, Mars closed his eyes as he sang “What Are You Looking For?” and played his acoustic guitar, legato and melodious. The serene ambience of the venue gave way to brief sing-along moments, and the crowd rounded off each song with a grandiose applause.

Mars delivered a captivating performance, which would have caused anyone who gave a listen to slip into a reverie. With compelling, sometimes comical stories between songs, he’d bring his audience back to Earth. For an hour, Mars held his spectators captive in a swirl of raw, metaphorical lyrics and memories.

“My whole life I wanted to be in the music business, and it’s my dream. ‘Like A Bird, Like A Plane’ is a song about hanging on to that dream, and I’m living it right now at the Hotel Café. Thank you.”