The Dead Weather: July 21 @ The Palladium 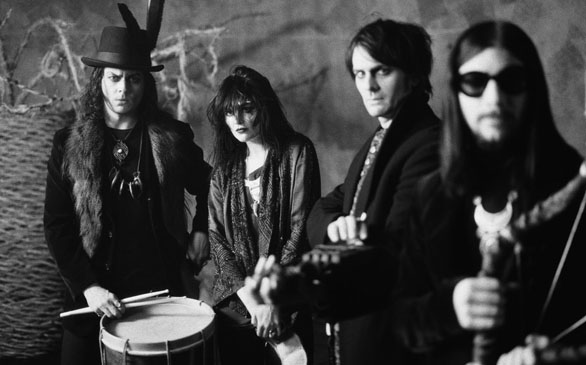 Who would have ever thought Jack White would be in a band who’s awarded a title for Most Improved Performance? The prolific songwriter-guitar virtuoso is known for his unpredictable setlists and arrangements at live shows, whether as frontman of the White Stripes, the Raconteurs or his latest creation, the Dead Weather.

Don’t get me wrong, the other musicians in the group are masterful artists in their own right – the sultry Alison Mosshart (the Kills) on vocals, quirky Jack Lawrence (aka “Little Jack” of the Raconteurs) on bass and gritty Dean Fertita (Queens of the Stone Age) on guitar. But when their first tour hit Los Angeles last summer, the supergroup’s performance was less than I’d hoped for. Perhaps I just wasn’t used to White sitting behind a drumkit for almost an entire show, but mostly I was turned off by Mosshart’s exaggerated facial gestures and preening at the front of the stage. It was as if she was trying just a bit too hard to be dark and dangerous.

However, everything seemed to be just right the second time around as the band blasted into the sold-out Palladium for over 90 minutes of explosive tunes from their Horehound debut and its follow-up, Sea of Cowards. The onstage chemistry between all of the band members, especially White and Mosshart, is fiery and intense. I realized that even though Mosshart still comes across contrived, constantly striking “tough-girl” poses, she’s absolutely perfect in her role as frontwoman for this band. Jack White’s choices should never be questioned.