The Gaslight Anthem: July 21 @ The Wiltern 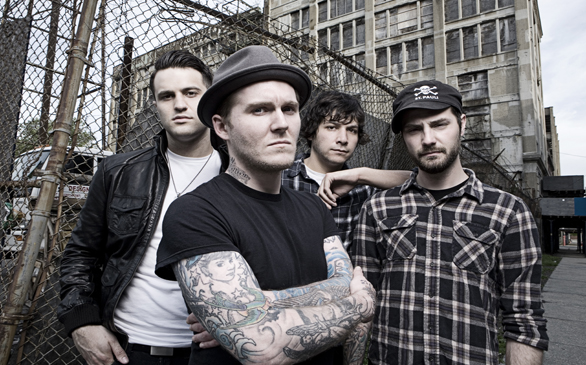 So, apparently there’s no such thing as a fair-weather Gaslight Anthem fan. Despite the fact that breaking into mainstream success often means that a band’s shows become increasingly populated by the d-bags who wait all night to hear the radio single before peacing out, Gaslight fans seem to know a good thing when they hear it.

Yelling along as frontman Brian Fallon howled and crooned tracks from the band’s new album American Slang amid older favorites, Gaslight’s audience showed why the band skyrocketed out of obscurity seemingly effortlessly.

With their signature age-indiscriminate classic rock sound mixed with just enough punk rock grit to be progressive and edgy, the New Jersey foursome were sonically on point from start to finish of their set. But even for as anthemic and big-sounding as their music is, there still seemed to be something of a disconnect between the band, the stage and the audience.

The giant Wiltern stage made it apparent that even though they’re all very skilled musicians and can play an amazing set, the members of Gaslight aren’t yet the kind of guys who put on a show. Granted, every band goes through this transitional phase when moving up to bigger venues, so this is anything but the be-all, end-all representation of their musical worth. But then again maybe they don’t want to be that kind of band either.

The band already has the Boss sound, now it’s just a matter of showing they can master the same Boss stage presence with a live dynamic that reflects their importance to modern rock.