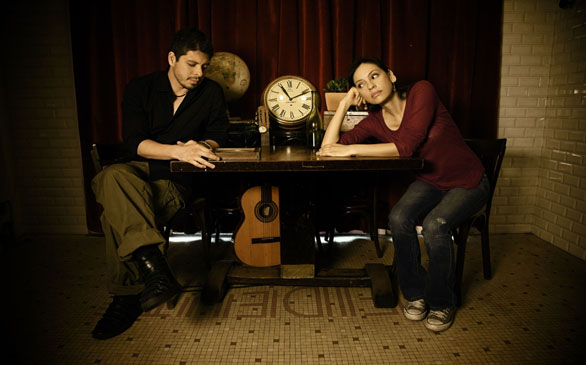 Fast-playing, rhythmic acoustic guitars are enough to fulfill an evening of entertainment. Just ask the audience of Rodrigo y Gabriela.

The Mexican duo opened their hearts via guitars to the public, and the show proved that the pair is quite entertaining in various ways. Rodrigo Sánchez held the lead guitar, while Gabriela Quintero carried the rhythm guitar.

Rodrigo y Gabriela, who captured stardom while humbly performing in pubs and bars in Ireland, started the night with an improvisational session that they called “jamming.” As they played internationally known song covers in the likes of Carlos Santana and Metallica, among other popular musicians, the twosome explored their acoustic, folk and Latin rock on the stage.

A concert full of surprises, the event featured three guests on behalf of the couple that included remarkable bass playing from Metallica’s Robert Trujillo. They went on to play together for nearly 30 minutes.

Rodrigo y Gabriela completely satisfied their fans as they cheered, yelled and danced extravagantly, but the tracks from their latest album, 11:11, were integral parts of that success.

The couple’s overall triumph musically has not gone to their heads, as they thanked their followers repeatedly for their undeniable support and presence.