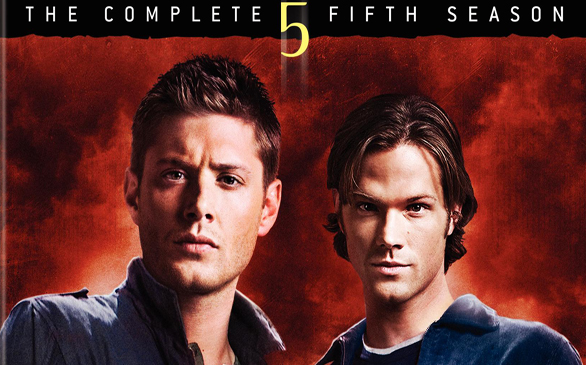 The Idiotbox: The apocalypse is looming in Supernatural: The Complete Fifth Season. Tension threatens to break up the Winchester brothers as they hunt the Four Horseman and try to think of a way to defeat Lucifer. This show is an amazing example of how to evolve and deepen an ongoing series while remaining faithful to its premise.

The Good Wife: The First Season gives a behind-the-scenes look at the world of political scandals. After her state’s attorney husband’s affair goes public, Alicia Florrick (Julianna Margulies) decides to reclaim her life. She goes back to work as a defense attorney, competing with cutthroat 20-somethings while raising two teenagers on her own.

Under the Radar: David Lynch produced the Werner Herzog psychological thriller My Son, My Son, What Have Ye Done. They assembled a weirdo’s paradise of actors, including Willem Dafoe, Brad Dourif, Udo Kier, Michael Shannon and Chloë Sevigny. In true Lynch fashion, it’s impossible to synopsize the film, but it concerns an obsessed stage actor who kills his mother with a sword.

Funny Business: Love him or hate him, Bill Maher is never shy about speaking his mind. In his new HBO special, But I’m Not Wrong, the political satirist takes on the Tea Party movement, Obama, Michael Jackson and, of course, his pet topics: the drug war and religion.

Mike Nelson and the gang from “Mystery Science Theater 3000” are still ripping on schlock and funny as ever in their latest enterprise, RiffTrax. One of the best parts of “MST3K” was always the short films, dated PSAs about hygiene and patriotism. Now RiffTrax has two new collections of these gems, Shorts-a-Poppin’ and Plays with Their Shorts. Check them out at rifftrax.com.

Tony Award winner Kevin Klein and Angela Lansbury star in the comic Gilbert and Sullivan operetta The Pirates of Penzance (1983). Pirates, romance, mistaken identity – this rollicking musical adventure has it all.

Stranger Than Fiction: Five years after Hurricane Katrina, America Betrayed examines the corruption, corner cutting and backroom deals that have led to the sorry state of America’s crumbling infrastructure. This disturbing film includes commentary from former members of the Army Corps of Engineers, President Obama, John McCain and a slew of experts and the people whose lives were devastated by profiteers.

Laughology asks why do we laugh? The more you think about it, the weirder it becomes. From laughter’s documented health benefits to its baffling contagiousness, the film is a fascinating look at one of life’s mysteries.

America: The Story of Us is an epic 12-episode look at our country, from Jamestown through the 21st century. Using CGI, dramatic recreations and commentary from Tom Brokaw, Buzz Aldrin, Colin Powell and others, it’s an extraordinary story. President Obama provides an introduction.

2501 Migrants: A Journey tells the story of one Mexican artist’s response to the daily exodus of thousands of his countrymen to the First World as he sets out to build over two thousand life-size human replicas.

Blu Notes: One of the most influential shows in TV history, The Twilight Zone: Season 1 comes to hi-def. Also included is the unofficial pilot episode hosted by Desi Arnaz and loads of extra features, including commentary by Martin Landau and Rod Taylor and interviews with Burgess Meredith and Richard Matheson, plus Rod Serling audio lectures and more.