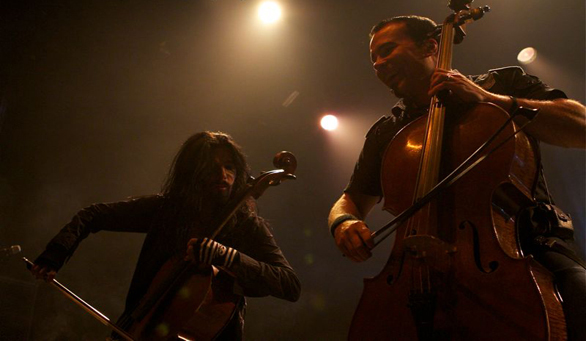 The second best thing to seeing your favorite metal bands is catching this act live. The guys come out to a crowd-awakening version of “Wherever I May Roam” and then go right into Sepultura’s “Refuse/Resist.” The only thing is they aren’t playing guitars, or even singing for that matter.

The stars of this show are three cellists from Northern Europe. They have taken this show on the road for quite some time and have even added a drummer to really hit things home. At the show, these guys were headbanging and running all over the place. If you’ve ever tried rocking out with your guitar, imagine the same thing, except now it weighs five times as much.

The crowd went nuts for the show from the very start and by the time they did their cover of “Master of Puppets” there was a pit swirling around the floor. Every time they come through town it’s the same thing: tons of people packed in a club smiling and going wild to the heaviest classical music you’ll ever hear. Mozart and Bach would be very proud.