Get Him to the Greek and More 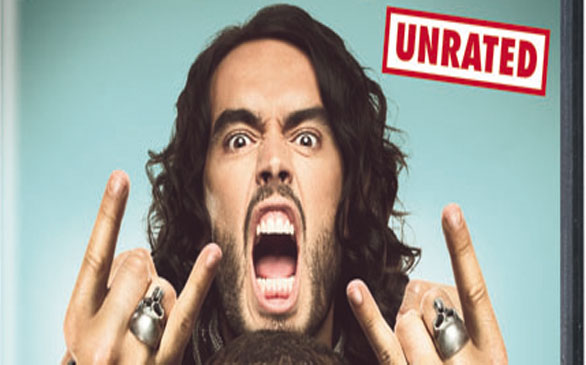 The Majors: Get Him to the Greek has Russell Brand reprising his role as the salacious Brit glam rocker Aldous Snow. A Midnight Run for the Apatow generation, the film centers on an aspiring music executive (Jonah Hill) who has three days to deliver the hare-brained Snow to Los Angeles for his comeback concert.

The Idiotbox: Based on the novel by Irwin Shaw, the epic ’70s miniseries Rich Man, Poor Man: The Complete Collection stars Peter Strauss and Nick Nolte as two brothers in an impoverished immigrant family who take divergent paths in life.

Paul Scheer leads a cast of comics in the loosely scripted ensemble The League: The Complete Season One. This hilarious series follows six longtime buddies who compete ruthlessly to win their fantasy football league.

Arguably the funniest show on TV, It’s Always Sunny in Philadelphia: The Complete Season 5 follows the shenanigans of four heartless friends who own a bar in Philly. Along for the ride is Dennis and Dee’s retired dad (Danny DeVito). It’s “Seinfeld” on crack.

Skins: Volume 3 follows a new class as they struggle with growing up too quickly in a modern world fueled by sex and drugs. This well-written series is a kind of British version of Kids.

Stranger Than Fiction: Babies is an amazing peak at the world through new eyes. Following four children from around the globe, the film shows the innocence and wonder we all have shared at one time.

Under the Radar: It took over 50 years, but Jim Thompson’s pitch black noir The Killer Inside Me finally comes to the big screen. Casey Affleck is the sociopathic small-town sheriff. Michael Winterbottom directs.

Viggo Mortensen stars as a family man caught up in an ethical debacle in Nazi-era Germany in Good.

In the vein of City of God, Gangster’s Paradise: Jerusalema is the true story of life on the gritty streets of Johannesburg, South Africa, and a teenage criminal who fancies himself a modern-day Robin Hood.

The New York art world gets what’s coming to it in (Untitled), a witty comedy starring Adam Goldberg.

Bryce Dallas Howard and Chris Evans bring to life a rediscovered Tennessee Williams script in The Loss of a Teardrop Diamond.

Made in Japan: Arguably the best anime of all time is now even better, streamlined with all new scripts in Dragon Ball Z Kai, Part Two.

Blu Notes: Gear up for Halloween with some hi-def horror. One of the few remakes to actually improve on the original, Invasion of the Body Snatchers (1978) stars Donald Sutherland, Leonard Nimoy and Jeff Goldblum in the über creepy tale of aliens inhabiting people’s bodies.

Based on the most famous haunting in history, the update of The Amityville Horror stars Ryan Reynolds and Melissa George as an unsuspecting young couple who move into a demonic house where a savage massacre took place.

A zombie flick in The Evil Dead school of gore comedy, Return of the Living Dead has a group of teens accidentally releasing a nerve gas which reanimates the corpses in the nearby cemetery.

Heath Ledger stars in the religious murder mystery The Order by the screenwriter of L.A. Confidential.

Also available: The Secret of Moonacre