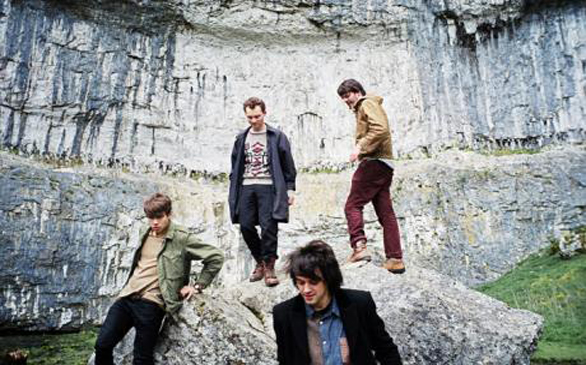 If there were a general consensus taken from those in attendance at this Klaxons show, the report would attest to the fact that their performance was akin to a religious experience. Songs like “Gravity’s Rainbow,” “It’s Not Over Yet,” “Magick” and “Golden Skans” caused fits of excitement from the faithful fans and made believers out of the newbies. The infectious melodies resonating from the all-star Klaxons lineup made it hard to sit, stand or even lean without a supernatural feeling overtaking you.

The Klaxons also played some fresh tracks like “Echoes” from their recently released album, Surfing the Void, causing these sensational sounds to overtake the throngs of people who were throwing caution to the wind and creating their own dance expression, which in turn fueled the band. It was a night to remember, and the next time the Klaxons cross the pond to grace our American senses with their innovative brand of rock, be sure to get your tickets!