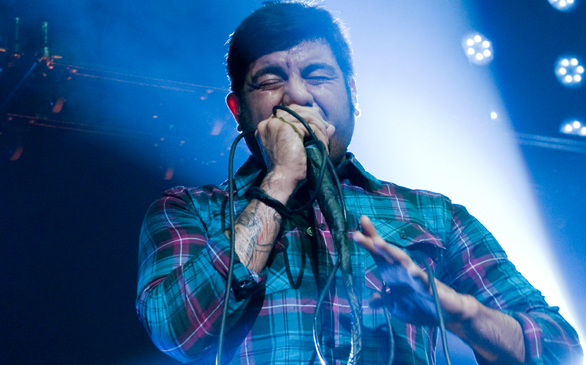 The Gibson was full of excitement for Mastodon, Deftones and Alice in Chains. The Deftones began playing to an already upbeat crowd, following Mastodon’s epic set. Frontman Chino Moreno continued the excitement and slight insanity throughout. His trademark vocals and the electrifying stage presence of the band made for a spectacular show. The audience cheered and screamed the most when the band delivered their more classic songs. “Change (In the House of Flies),” from 2000’s White Pony, in particular got the biggest reaction when its first notes played out.

The band is currently touring to promote their latest release, Diamond Eyes. The new album was a long time coming and was delayed following an accident involving Chi Cheng, the band’s bass player.

As the set came to a close, the Deftones left the audience in the capable hands of the always-entertaining Alice in Chains. The combination of the outstanding performances put on from the opening act, Mastodon, Deftones and Alice in Chains made the BlackDiamondSkye tour one not to be missed.