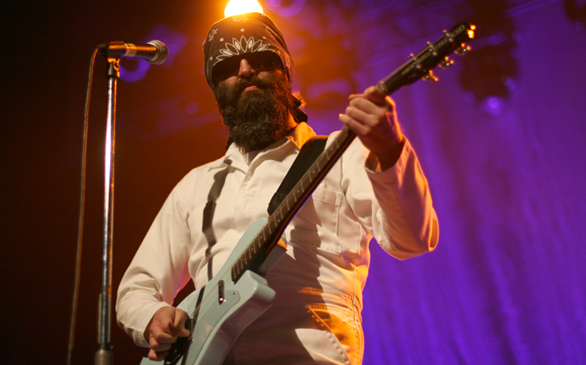 None of the night’s entertainment was what I signed up for. That’s not to say that I didn’t have a good time, because I had a blast. But the melancholy tones of Beautiful Freak were nowhere to be found.

The first act of the night was a ventriloquist. The worst ventriloquist I’ve ever seen. I’d like to say he was ironically funny, but there wasn’t anything amusing about him. It was just bad; it was uncomfortably bad. He was followed by a folk singer who wasn’t that bad and then the main event.

The curtains opened and a delightfully Disney rendition of “When You Wish Upon a Star” played all the way through before E took the stage with a couple of other guys. What began as a three-piece grew to a six-piece rockabilly band, all dressed to the nines with the exception of E, who led the band from behind a bandana, locs, a thick beard and a jumpsuit.