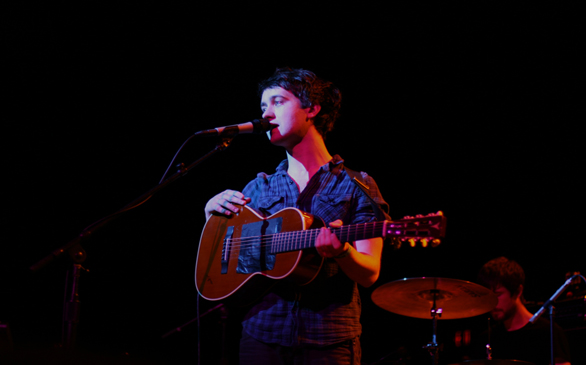 The night started off with an energetic young band by the name of Givers, whom I recommend seeing if you ever get the chance. Mixing South African rhythms (kindred to Vampire Weekend or ’80s Paul Simon) with a party vibe that only youth can provide makes for a truly enjoyable show. When their set was over, the crowd was ready to party in preparation for RaRaRiot, and a DJ helped everyone work it out.

But before all that was Villagers, and while the tone of the music wasn’t as dancey, it didn’t harsh the buzz by any means. Lead singer Conor O’Brien’s vocals offer something very intimate considering the band was performing a packed Music Box. It felt as though each song was a story told over a fire pit amongst friends. The man with the cutting, pure voice told musical stories that kept the audience interested, entertained and energized before the riot took the stage.