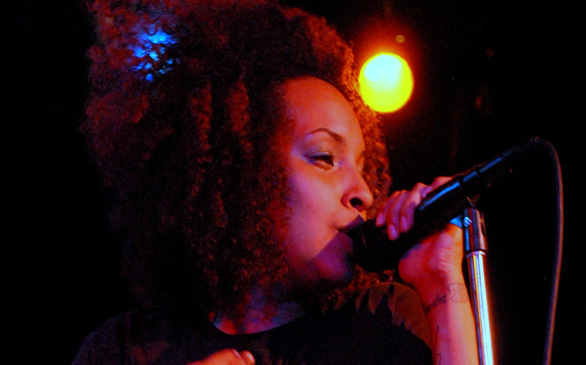 Lead singer Viveca Hawkings immediately took control of the sold-out show with her strong vocals and soulful voice. As she paced from corner to corner, the hard rock group instantly exploded to a massive crowd reaction.

Every member on stage was a master of their domain, proving their talents individually without flaw. Drummer and group founder Thomas Pridgeon excessively punished his equipment with every beat, moving his arms faster than the eye could follow. Nick Brewer looked possessed as he shredded each song with his guitar. Clearly influenced by Jimi Hendrix, Brewer’s hands traveled across the fret boards, almost setting it on fire. With a dual guitar and bass solo, the Memorials quickly earned a colossal ovation.

The Memorials demonstrated their wide range in genres perfectly. They quickly rotated from hard rock and alternative and then blended light soul and funk into their signature sound. Hawkings’ smile lit up the room every time she interacted with the crowd. She repeatedly screamed, “Let’s Party” throughout the night. As a sign of respect, some audience members purchased drinks for the group, and they expressed their gratitude.

It’s safe to say the Memorials are one of the biggest underexposed bands in the music scene. Expect more sold-out shows and bigger venues because this rock and roll act isn’t stopping soon. These guys could play with the best and most likely outshine them. The group will celebrate their first year as a band this winter, yet they outshine the oversaturated groups crowding the radio airwaves.