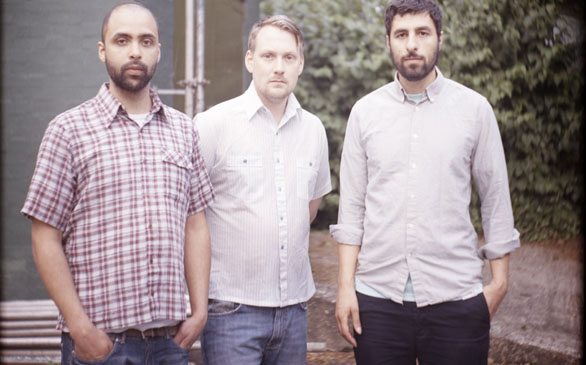 Traversing across the Atlantic to Los Angeles’ eclectically adorned Music Box, Swedish indie rock band Junip played a set that was ethereally beautiful for a large audience looking for a type of coffeehouse smooth melody with a deep hard bass to keep things moving. Add in famed guitarist José González, known best for his solo work, and another five to six members channeling instruments from the organ to the conga drum, you might expect the night to be a long-lasting musical adventure, which like all journeys seem to get a little tiring at the end.

The highlights of the show were the aesthetic of disco lights swirling behind the band as the room went dark. The sound was acoustically otherworldly; a perfect setting for nomads walking under a starlit sky in some galaxy far away, and González was on top of his game. Watching him tune his guitar on stage is like watching a master at work, fast finger plucking throughout the whole set, all with his eyes closed is pretty impressive. This goes for the rest of the members who brought such soft mystical beats doing the same fast strumming of their instruments. There were several shy remarks by Gonzáles to the audience, but other than that the band was mute, and this may have caused the listlessness by the audience at the end.

I do want to include opener Sharon Van Etten who sounds a lot like Beachhouse singer Victoria Legrand, their voices soft and smooth like dark caramel. Her piece “Love More,” utilizing the harmonium, was pure ecstasy and brought about a myriad of beautiful emotions. Following Etten, Junip continued the same mood throughout the night, but instead of couples holding each other tight, Junip had us swaying in hypnotic motion.