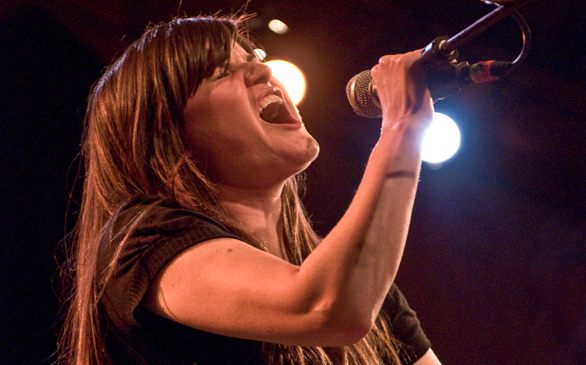 April Smith and The Great Picture Show were a joy to see when they played the Bootleg. With a mixture of swing and ragtime sounds, they brought a refreshing point of view to old-time music. April Smith is a talented vocalist, and her audience interaction was a perfect balance of comedy and self-proclaimed sass.

When given the chance, each member of the band showed off their talents and prowess at their respective instruments. Nick D’Agostino on the drums was particularly entertaining throughout the night with his highly animated expressions and constant enthusiasm.

Marty O’Kane played lead guitar, ukulele and accordion through the night but made his solo performance on the ukulele.

Even if you have not heard of April Smith and The Great Picture Show, it is certain that you have heard their work. With on-air promo songs for Showtime’s “Weeds” and the NFL, their sunny sound has been reaching us for some time. Continuing their tour for the rest of the year, April Smith and her band will be making their way up the West Coast through December.