The State of the Music Biz 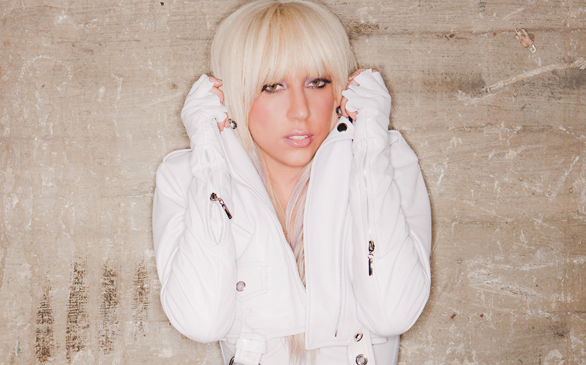 If Lady Gaga can't save CD sales, who or what can?
(Credit: Meeno)

The music industry is not feeling too well.

This past week, Yahoo! released an article that had less-than-good news for those in the music biz. CD sales set a new record – a low one. The music world has experienced the lowest CD sales since 1991. For the fourth time in the past four years, CD sales plummeted 20 percent and the music business in general suffered a 12 percent fall.

But surely iTunes can save the music world. Digital downloads went up by one percent.

Not too long ago, the music industry was trying to improvise ways to make it seem like you got more bang for your buck. Not only did you get your favorite musicians playing model on the inside of sleek CD covers, the design was pop-out, eye-catching and the lyrics were included for you to sing along to your heart’s content. With everything from bonus songs available on the CD to a chance to meet the band, the record industry worked diligently to make sure your hands got around hard plastic CD cases. But your ever-moving fingers lay snugly atop your laptop keyboard instead, and the rest is history.

Now with the ease of illegally downloading music at no cost or finding intelligent and less frightening ways such as AIMing or simply burning off a CD and attaching your own cool sticker cover, music is much easier to distribute. Artists get a lot more play time on your iPod, sure, but that doesn’t pay their bills. And that’s why the state of the music industry will only continue to decline down its slippery, albeit musically tuned, slope.

Country star Taylor Swift racked in the most sales this year, beating out even Lady Gaga and Eminem. But Gaga’s costumes didn’t get any less lavish. The gal may not have gotten her much-exposed tush onto the list of contemporary music high rollers, but hardcore fans numbering in the hundreds of thousands were willing to shell out more than 100 greenbacks to see her inside a famous ball contraption and witness the intricate spectacle that she gives as a concert.

Though the CD industry’s looking a little pale, perhaps it’s not the CD’s sales that pay the big bills in the end, but the fortune you rack up in popularity.

Where is Swift’s Monster Ball?

The fame Lady Gaga garnered in 2010 far outweighs that of Swift. Surely the career of the oddball gal is affected by the sale of her music, but the concert experience and unmatched personality she has created in a short period of time garnered her enough popularity to get her name in the mouth of those who hated and loved her. Swift’s traditional musical style lands her in a Disney-esque genre restriction and 12 year olds without Internet access rely on dad’s car to get them to the CD store to buy the coveted Swift album. In contrast, Gaga gets everyone from the 2-year-old in the car seat to the over-the-hill worker in an office cubicle to sing her lyrics.

Perhaps the timing is off.

There is no large movement in music towards anything angsty or punky. Music history extends back so many years that it will take something like the creation of a new instrument to overcome all the trends, notes and singing in existence. And now with the newfound love for dubstep and rave, the music world seems doomed for another eco-friendly recycling of sweetly musky music genres and constant homages to the classic time in which that one genre changed it all.

If Gaga’s chaotically strange and borderline ridiculous outfits and booming popularity can’t save CD sales and the state of the music world, what possibly can?

The only thing music fans can do is what they are doing – be music fans. Anything with enough passion and pop can’t possibly be ignored.

The music industry has a few more chances to get some income, and every business has its ups and downs. The print business is threatened by digital and major production film companies compete with independent creations.

So head over to iTunes and dole out a buck for another track to boost your music library before radios start turning into jukeboxes and Kanye West becomes your snarky personal loan advisor.